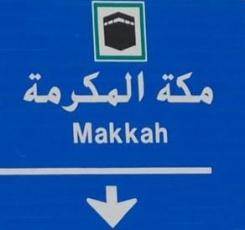 Even with the high cost of a Hajj trip, with all the accommodations and fees and services, the irony of the Western Muslim family is that many actually do have the financial ability to go to Hajj. The problem for them is not how much money they have but how much is left over. These families have plenty of money, praise is (due) to Allah, but their resources are allocated and there is not much left over at the end of the year. In other words, after paying for private school tuition, a mortgage, lease payments on both cars, and gym membership, there is little left over for extras like Hajj. Some have extravagant lifestyles that leave no money and time for Hajj and others have lifestyles that are not so extravagant as they are structured, which also leaves no room or time for a random Hajj trip. Our lifestyles can become structured and routine when we become accustomed to certain things in life. We have to eat out on the weekends, we always have to be fashionable and trendy, we need to drive cool cars, our kids need extracurricular activities, and the list can go on. We get used to these seemingly little things in life that can become big hurdles to other things.

Find Some Money in Your Pockets

The irony is that people who say that they cannot afford to go to Hajj await the money that will fund their Hajj trip. They anticipate a big bonus or tax refund or pay raise; they hold out for that gift from Allah that will help them go to Hajj. For most of us, that 10,000 dollar or so that we need to take our family to Hajj will not appear out of the sky. We need to find it.

And in order to find it, we need to know where to look. Determining where our money is will help distribute and allocate it appropriately. For example, some prosperous families may have wealth tied up in investments and real estate. This is money that they own, but it is not accessible. In these cases, we would say that such a millionaire is capable of affording Hajj, but he will tell you that he cannot go because he just doesn't have that much money left over.

Similarly, most families are regimented about deducting monthly amounts for retirements plans and children's education funds, and they see that they don't have any money left over at the end of each year for a Hajj trip.

Put Some Spirit in Your Soul

Even if we put all these reasons aside, there is one thing that so many adults think and feel and few are willing to admit. Ironically, some Muslims feel that they are not ready for Hajj because they have not achieved the spiritual heights to qualify for Hajj. They feel that they are ‘not good enough' to go yet. They believe that Hajj is the ultimate act of faith and worship and if they are having a tough time praying five times a day, how can they possibly be spiritually equipped to handle such an obligation as Hajj?

The image that some Muslim Americans have of a pilgrim is that of a pious, devout worshipper that can do no wrong. They envision a spiritually perfect person and fear that they cannot amount to that, so they deduce that they are not quite yet ready for Hajj.

Amazingly, some don't just fear that they are not good enough; they fear that they might become (or need to become) so good that they won't be themselves anymore. Yes, surprisingly some Muslims are afraid of Hajj because they question what it will do to them. After completing Hajj, doesn't that mean that you have to be perfect? Since an accepted Hajj removes a person's sins and grants them a clean slate, which essentially means that a pilgrim returning home has to `walk on eggshells' and refrain from committing any sins. That is a tall order for many of us; and for some of us, that in itself is enough reason for us to wait until we are intellectually, emotionally, and spiritually able of handling such responsibility.

After all of these reasons for postponing and delaying Hajj, millions of Muslims in the West still go for Hajj and complete their responsibility. Why? Because they realize that they are obligated to do so and they determine that it is better for them to go now rather than later. They make an active, determined decision to go and they find a way to bring it to fruition.

The first thing any Muslim must do when deciding to go on Hajj is simply making an intention to go. Once someone has decided that he wants to go and has made the intention, he can set about planning the trip. Without the proper intention, the Hajj (and anything else for that matter) loses its significance and value. Determine why you want to go; not because all your friends are going this year. Think about what you want to gain from the trip. Think about how you might change your life or lifestyle upon your return. Don't let this become daunting and nerve-racking; Hajj is about inner peace, find it before you embark on your journey.

If it is finances that are the primary obstacle, find a way to budget it in. Few can decide today and go tomorrow. For most people, a Hajj trip would take months if not years of financial planning and preparation. We shouldn't be daunted by such a financial obligation. Most of us have cars that cost more than a family Hajj trip, most of us have houses that are astronomically more than such a trip, and most of us have budgets that can be scrimped and saved for such a responsibility.

Start small. Decide which little frivolities and luxuries you can skip and drop those dollars into a Hajj account. Saving a few dollars here and there on a daily or weekly basis will not get you to Hajj on its own, but it will create a great start that you will be motivated to supplement with additional monies (like tax refunds, pay raises, gift money, etc.).

Since many of us need to take some time to save money for this trip, we can take advantage of this time by using it wisely. Rather than focusing on just the money required, we can take this time to prepare ourselves mentally and spiritually so that we don't become victim to some of the pitfalls mentioned above. If we need to take some time to save up money, we can do more than just counting dollars during that time. We should count our deeds, our actions, everything that will make our Hajj that much more significant and successful.

This time before the Hajj might be equally important to our spirituality as the Hajj itself. Unlike any other vacation or trip, Hajj is a spiritual journey as much as a physical one. It entails more than just mind and body, it requires of us something deeper. This we can exercise before Hajj begins. Just as we would start our financial savings in small increments, we can also start our spiritual cleansing in small steps.

Most of the time, the hindrance to Hajj is mental—it is all in the mind. So, if we missed Hajj this year, let us start planning now and, Allah willing, if we put our minds to it, we will make it next year.