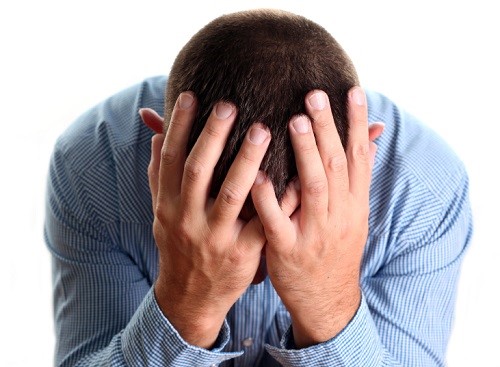 Text of the Hadeeth

It was narrated on the authority of Abu Hurayrah, may Allah be pleased with him, that the Messenger of Allah

said: “Whoever relieves a believer of some worldly distress, Allah will relieve him of some of the distress of the Day of Resurrection. Whoever alleviates the hardship of an insolvent debtor (i.e. grants him respite or writes off his debt), Allah will alleviate his hardship in the worldly life and the Hereafter. Whoever conceals the faults of a Muslim, Allah will conceal his faults in the worldly life and the Hereafter. Allah continues to help a slave so long as he is helping his fellow brother. Whoever treads a path in quest of knowledge, Allah will direct him to a path leading him easily to Paradise. Whenever a group of people assemble in a House of Allah (mosque) to recite and study the Quran, tranquillity will descend upon them, mercy will engulf them, the angels will surround them, and Allah will make mention of them to those (the angels) in His proximity. He who lags behind in good doing (i.e. hindered because of his evil deeds), his noble lineage will be of no avail to him (on the Day of Judgment).” [Muslim]

Islam fosters noble morals, encourages them, holds them in a refined status, and designates great and abundant rewards for adhering to them, as underlined in this Hadeeth cited in Saheeh Muslim.

In the beginning of his directive, the Prophet

urged us to relieve the distress of the believers. There is no doubt that this is a great good deed in the sight of Allah, The Exalted, and is highly appreciated by people. Life is full of hardships and difficulties, and we are destined to face sundry suffering and sorrows in it. Distress may overwhelm a believer so much that his heart and mind would be clouded with confusion and remain unable to find a way out!

At such harsh times, how great it is for a Muslim to hasten to assist his fellow Muslim brother, extend a helping hand to him, and strive to relieve or mitigate his distress. This gracious expression of sympathy has a deep impact on the heart of the distressed person, and therefore it is appropriate that its reward should be that Allah, The Exalted, would relieve the doer of a graver and harsher distress (on the Day of Judgment); which is the distress of   standing before Him for reckoning and being  held accountable for one’s  deeds, and receiving  the due punishment. How great and generous this reward is!

Among the noble morals is forgiving the debts of insolvent debtors. Islam urges creditors to give respite to insolvent debtors in straitened circumstances until their situation improves. Allah, The Exalted, Says (what means): {And if someone is in hardship, then [let there be] postponement until [a time of] ease.} [Quran 2:280] What is even more rewardable is for a creditor to give up some of his rights and forgive part of the debt he is owed. This is evidenced by what was narrated on the authority of Abu Hurayrah, may Allah be pleased with him, that the Prophet

said: “A man used to give loans to the people, and he would say to his servant: ‘If the debtor is in hardship, relieve him of the debt so that perhaps Allah may relieve us (i.e. forgive us).’ So when he met Allah (i.e., when he died), Allah relieved him (i.e. forgave him).” [Al-Bukhari and Muslim]

The Hadeeth then urges concealing the faults of the Muslims and refraining from finding fault in them and pursuing their mistakes and lapses. This is another example of the refined morals with which our glorious Sharee‘ah is adorned. Verily, the infallible person is the one whom Allah grants infallibility. No matter how pious and righteous a Muslim may be, he is still liable to error. He might commit a sin; however, he dislikes his neglect in fulfilling the rights of Allah and hates that people be aware of his error and negligence. So if a Muslim sees or learns of his fellow Muslim’s faults, he should conceal them rather than expose them, without neglecting the duty of offering him sincere advice and reminding him of Allah.

The virtue of such concealing of faults was reported in the Sunnah. It was narrated on the authority of ‘Abdullah ibn ‘Abbaas, may Allah be pleased with them, that the Prophet

said: “Whoever conceals the fault of his Muslim brother, Allah will conceal his fault on the Day of Judgment.” [Ibn Maajah] Meanwhile, pursuing people’s faults is repulsive to the sound human nature as well as forbidden by the Sharee‘ah. Stern warnings against it were reported in the Sharee‘ah texts. It was narrated on the authority of Ibn ‘Umar, may Allah be pleased with them, that the Messenger of Allah

once ascended the pulpit and called out with a raised voice: “O you who accepted Islam with his tongue while faith has not reached his heart! Do not harm Muslims, nor disgrace them, nor spy on them to expose their secrets. For indeed whoever pursues his  Muslim  brother’s faults, Allah will pursue his faults and expose him, even if he were in the depths of his house.” [At-Tirmithi]

Given the high position and refined status of knowledge in Islam, the Hadeeth emphasized its virtue and significance. It is the path that leads a person to Paradise. Those who devote themselves to knowledge are the guiding beacons that illuminate the way before the Muslim nation and the heirs of the Prophets and Messengers of Allah. Therefore, Allah, The Exalted, honors them with this refined status and high position. It was narrated on the authority of Abu Ad-Dardaa’, may Allah be pleased with him, that the Prophet

said: “The angels lower their wings in approval of the seeker of knowledge, and everyone in the heavens and on earth seeks forgiveness for the scholar, even the fish in the sea. The superiority of a scholar over a worshipper is like the superiority of the moon over all other heavenly bodies.” [Ahmad] They are the people of Thikr (remembrance of Allah) and piety; how vast the gap between a knowledgeable and an ignorant person is!

The best field of knowledge to which a Muslim should devote his time is learning the Quran and promoting its sciences, as stated in the authentic Hadeeth that reads: “The best amongst you are those who learn the Quran and teach it.” This superiority is derived from the relatedness of such knowledge to the Speech of Allah, The Exalted; the distinction of a given field of knowledge is commensurate to the distinction of its subject matter.

Now contemplate the rewards that Allah, The Exalted, promised those who assemble in a mosque, reciting the Quran and pondering over its meanings. He promised them four things: tranquillity will descend upon them, the divine mercy will engulf them, the noble angels will surround them, and the fourth and greatest reward of all is that Allah will make mention of them to those (the angels) in His proximity and praise them before His angels. If this was the only reward received for reciting Thikr, it would indeed be enough!

However, such great rewards are only earned through diligence and striving, and they have nothing to do with a person’s (social) status and prestige. None should be tempted by his noble descent and status because the sole criterion of superiority between people in the sight of Allah is righteous deeds . There is no consideration for a person’s social status or prestige if he neglects performing good deeds , and this is why Allah, The Exalted, Says (what means): {So when the Horn is blown, no relationship will there be among them that Day, nor will they ask about one another.} [Quran 23:101] Even the Messenger of Allah

did not avail his uncle Abu Taalib anything before Allah! He

underlined this meaning in his comprehensive statement: “He who lags behind in good doing (i.e. hindered because of his evil deeds), his noble lineage will be of no avail to him (on the Day of Judgment).”

How Excellent Lawful Wealth Is in the Hands of a Righteous Person!