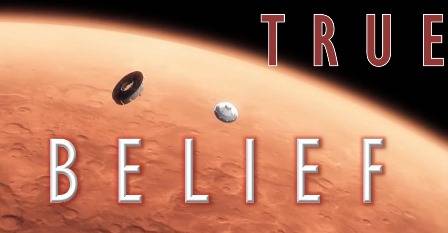 Islam, through its instructions and legislations, was keen to organize people’s relation with their Lord the Almighty, in order for them to attain happiness in both this life and the Hereafter. At the same time, Islam legislates what governs people’s relations amongst each other, in order for love and harmony to prevail in the Muslim community. This can be achieved only when each individual is keen to protect and guard the welfare of others just as he would his own, and only then will the Muslim community become strongly bonded and well-established.

For this great objective to be fulfilled, the Prophet

guided his nation to accomplish the principle of solidarity saying: "No one of you becomes a true believer until he likes for his brother what he likes for himself", clarifying that for faith to become deeply rooted in the heart one must love good for others just as he likes to attain it himself, whether it is to be blessed with bounty or relieved from an agony; this is the path towards a perfect level of belief in ones heart.

If we ponder the above narration, we find that accomplishing such a state of belief requires the soul to possess a high degree of excellence and good manners when dealing with others. In this state a person overlooks mistakes, perseveres regardless of the harm others may afflict on him and forgives ill treatment. Additionally, he shares the joy and sadness of his fellow Muslims; he visits the sick, comforts the needy, sponsors the orphan, provides for the widow and offers help to others and cheers them with a smile.

Just as he likes people to be happy, he also wishes that they prosper in the Hereafter, and thus he always strives to guide them to the right path, whilst remembering the saying of Allah (what means): “And who is better in speech than one who invites to Allah and does righteousness and says, `Indeed, I am of the Muslims`” [Quran 41: 33]

The narration also goes beyond the boundaries of the Muslims to cover wanting good to reach disbelievers. He likes that Allah blesses them with the bounty of belief and that Allah rescues them from the darkness of associating with Allah and disobedience. This meaning is substantiated with the narration in which the Prophet

said: "Being a true Muslim is achieved by loving for people what you love for yourself". [At-Tirmithi]

Indeed, we have the best example in our Prophet

: “O Abu Thar! I see that you are a weak person, and I love for you what I love for myself, so never be in charge of (even as little as) two people, or be responsible for an orphan’s wealth". [Muslim]

took upon themselves the implication of this Prophetic advice, and were very sincere in its implementation in the best manner. Ibn ‘Abbas

said: “I pass by a verse in the Book of Allah, and wish that all people would have the knowledge I have about it.”

Another such example is that once Wasi’ Ibn Muhammad

wanted to sell his donkey and the man who was buying it from him said to him: “Do you think it is good for me”. He

replied: “Had I not thought so, I would not have attempted to sell to you in the first place.”

These two examples and many more reflect the loftiness in faith these people reached which yielded such results.

One of the implications of the narration we are addressing is that a Muslim should not want for others what he hates to happen to himself. This forces the person to shun many bad qualities, like envy, spite, selfishness, stinginess and other dispraised qualities which he would hate people to use when dealing with him.

Finally, one of the fruits of practically applying this great narration is that a virtuous community would be established for the Muslims when its members enjoy common love and a strong bond between them, so that they resemble one strong body that can not easily be defeated. Thus, the Muslim nation would achieve the sought after prosperity.