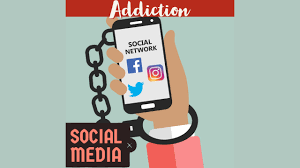 The advent of the internet was a major breakthrough in the history of the human race; it brought a great revolution along with it and has been a helpful tool for preachers, seekers of knowledge and workers in all areas of human benefit. It opened endless opportunities for the common people and  also proved to be a useful means for the idle, small-minded and irresolute people, enabling them to arrive at the object of their quest as well. However, our focus here is on the benefits gained by the workers in the field of Da‘awah (calling to Allah), acquisition of useful knowledge and good-doing.

The internet has been a blessing, and so was the introduction of social media platforms as a culmination of this blessing for those who made the best of them and harnessed them to achieve their objectives, disseminate their useful knowledge and promote Da‘awah.

It is painfully unfortunate though that we find that some virtuous people and influential workers in the Da‘awah field have fallen into the trap of social media and became addicted to them until they have become their main concern; they cannot keep away from their social media accounts, compulsively check them for new posts and cannot break free from their chains. They have become like someone who has slipped in mud, the more he tries to get out, the deeper he sinks.

Some good people have turned into social media addicts, and this – as Mr. Muhammad Al-‘Awshan says – is a disaster. What a terrible disaster indeed when positive impactful people, seekers of knowledge, callers to Allah, and people we turn to for advice should be diverted from knowledge and scientific production, practical application, realization of sublime objectives and serving the community to succumbing to consumerism!

It is a disaster that these elite individuals should swerve from minimizing wasted time and taking advantage of every moment in order to benefit thereof to wasting long hours on trivial internet activities!

It is a disaster that people who are able to create an impact and make a change should settle for following social media, retweeting, and adding likes and comments here and there!

It is a disaster when those people, whom Allah endowed with a share of knowledge or understanding or awareness, become preoccupied with checking their WhatsApp, Snapchat, Twitter, and Instagram accounts to catch up with what is trending online!

It is a disaster that such people should spend more time on their mobile phones than they do reading, studying, helping their students, performing prayers, reciting Quran, tending to their families, and striving to realize their goals.

It is heart-breaking that these “role models” should be a bad example for others in wasting time, giving things the wrong order of priority, and addictive use of technology.

It is a disaster when the noblest and meanest of people alike, and their cultured and commoners alike are all equal in their passive attitude and vulnerability to the goings-on on social media.

It is a disaster when those people think of themselves as influential actors with perceptible impacts simply because they echo the voices of others and react to their initiatives.

It is a disaster when one of them thinks that such waste of time (on social media) – which is condemned by the Sharee‘ah (Islamic law) – is a means to construe current conditions or a manifestation of caring about Muslims’ affairs, whereas it is nothing but an addiction in the full sense of the word, and an actual implementation of the Hadeeth of the Prophet

about the three prohibitions (that Allah disliked for us): “… idle talk, asking too many questions (about matters that yield no real benefit), and wasting wealth.”

It is disastrous when those people collude to turn a blind eye to such internet addiction because they themselves are afflicted with it; so they legitimize it instead of counteracting it and treating themselves and others.

We stand in dire need for a revolution against this dangerous internet addiction, to be led by the repentant role models against this blind passive drifting behind technology and social networks and what goes on therein!

We stand in dire need to set up parameters, fences, and warning signs against this pathological attachment, infatuation, and losing oneself to social media, even if it is disguised as good and as a means for crowding out evil and triviality!

We stand in dire need to continue denouncing this addiction, developing the tools for denouncement, diversifying its methods, not accepting the status quo under the pretext of ‘Umoom Al-Balwa (i.e., permissibility due to unavoidable necessity; when a matter becomes widespread and is difficult to avoid)!

1- This previous speech is addressed from me to you – dear reader – in person, and not to a third person whom you think to be the addressee.

One of our problems lies in the fact that a person feels that what is said applies to “others” only and not to “him”, akin to the third-person effect hypothesis about the media impact, and the illusion that he is an epitome of moderation and balance when it comes to the use of technology, whereas it is contrary to the truth!

2- Beware of assuming that my speech is addressed to the famous Shaykhs (scholars) and Da‘eeyahs (Islamic preachers). My speech is rather addressed to you; for great are the roles, tasks, and actions that require your potential, time, and resolve; and vast are the areas of making an impact that need someone like you to fill them and impact others through them. You are not too small to have an impact, and perceiving yourself as not the right person to have such an impact is another problem that you need to address.

3- The scope of the problem is measured by considering the alternative opportunities. How much time do you spend on your mobile phone? What are the tasks that you could accomplish if the internet shuts down in the entire world for a week?

4- I would like to exclude those whose Da‘awah and educational projects are based on harnessing technology to convey their message in a serious, continuous and systematic manner. These people are entrusted with a serious task, through which they can save what can be saved and employ technology to serve their goals instead of being exploited by technology to serve its goals.

5- This reminder does not mean that I am perfectly safe from this peril, but I am simply a man who sensed the danger and wanted to warn of it, hoping that we would be from those about whom Allah, The Exalted, Says (what means): {You are the best nation produced [as an example] for mankind. You enjoin what is right and forbid what is wrong and believe in Allah} [Quran 3:110] and the Prophet

said: “By Him in Whose Hand is my soul, you will enjoin good and forbid evil or (else) Allah will soon afflict you with a punishment from Him, then you will call upon Him and He will not answer you.”