The facts of life, confirmed by science 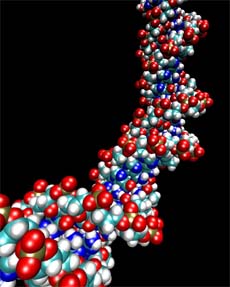 Materialist philosophy lies at the basis of the theory of evolution. Materialism rests on the supposition that everything that exists is matter. According to this philosophy, matter has existed since eternity, will continue to exist forever and there is nothing but matter. In order to provide support for their claim, materialists use logic called “reductionism”. This is the idea that things which are not observable, can also be explained by material causes.

To make matters clearer, let us take the example of the human mind. It is evident that the mind cannot be touched or seen. Moreover, it has no center in the human brain. This situation unavoidably leads us to the conclusion that the mind is a concept beyond matter. Therefore, the being which we refer to as “I,” who thinks, loves, gets nervous, worries, feels pleasure or pain, is not a material being in the same way as a sofa, a table or a stone.

Materialists, however, claim that mind is “reducible to matter.”  According to the materialist claim, thinking, loving, worrying and all our mental activities are nothing but chemical reactions taking place between the atoms in the brain. Feelings of love and fear are merely chemical reactions in some cells in our brain. The famous materialist philosopher Karl Vogt stressed this logic with his famous words: “Just as the liver secretes gall, so do our brains, secrete thought.” (Encyclopedia Britannica). However, gall is matter, whereas there is no evidence that thought is the same.

One of the most prominent features of this picture is “information” which is present in nature and can never be reduced to matter.

There is incredibly comprehensive information contained in the DNA of living things. Something as small as a hundred thousandth of a millimeter contains a sort of “data bank” that specifies all the physical details of the body of a living thing. Moreover, the body also contains a system that reads this information, interprets it and carries out “production” in line with it. In all living cells, the information in the DNA is “read” by various enzymes and proteins are produced according to this information. This system makes the production of millions of proteins possible every second, with the required type of protein for specific places needed in our bodies. In this way, dead eye cells are replaced by living ones and old blood cells by new ones.

At this point, let us consider the claim of Materialism: Is it possible that the information in DNA could be reduced to matter, as materialists suggest? Or, in other words, can it be accepted that DNA is merely a collection of matter, and the information it contains came about as a result of the random interactions of such pieces of matter?

All the scientific research, experiments and observations carried out in the 20th century CE show that the answer to this question is a definite “No.” The director of the German Federal Physics and Technology Institute, Professor Dr. Werner Gitt has this to say on the issue: “A coding system always entails a nonmaterial intellectual process. A physical matter cannot produce an information code. All experiences show that every piece of creative information represents some mental idea-giver who exercised his own free will, and who is endowed with an intelligent mind. There is no known law of nature, no known process and no known sequence of events which can cause information to originate by itself in matter.” (Werner Gitt. In the Beginning Was Information).

Moreover, this mind determines how paper and ink will be used. A book initially forms in the mind of the writer. The writer builds a chain of logic in his mind and orders his sentences. As a second step, he puts them into a material form, which is to say that he translates the information in his mind into letters, using a pen, a typewriter or a computer. Later, these letters are printed in a publishing house and take the shape of a book made up of papers and ink.

We can therefore state this general conclusion: “If physical matter contains information, then that matter must have been designed by a mind that possessed the information in question. First, there is the mind. That mind translates the information it possesses into matter, which constitutes the act of design.”

The origin of information in Nature

When we apply this scientific definition of information to Nature, a very important result ensues. This is because Nature overflows with an immense body of information (for example in the case of DNA, and since this information cannot be reduced to matter, it therefore comes from a source beyond matter.) This fact is revealed as in the following verse in the Quran (which means): “They said: ‘Exalted are You! We have no knowledge except what You have taught us. Indeed, it is You who is the Knowing, the Wise.’” [Quran 2: 32]

One of the foremost advocates of the theory of evolution, George C. Williams, admits this reality, which most materialists and evolutionists are reluctant to see. Williams has strongly defended Materialism for years, but in an article he wrote in 1995, he states the incorrectness of the materialist (reductionist) approach which holds everything is matter: “Evolutionary biologists have failed to realize that they work with two more or less incommensurable domains: that of information and that of matter. These two domains will never be brought together in any kind of the sense usually implied by the term “reductionism.” The gene is a package of information, not an object. In biology, when you are talking about things like genes and genotypes and gene pools, you are talking about information, not physical objective reality. This dearth of shared descriptors makes matter and information two separate domains of existence, which have to be discussed separately, in their own terms.” (George C. Williams. The Third Culture: Beyond the Scientific Revolution).

Therefore, contrary to the supposition of materialists, the source of the information in nature cannot be matter itself. The source of information is not matter, but a superior Wisdom beyond matter. This Wisdom existed prior to matter. Matter was brought into existence, given form and organized by the Creator of the Heavens, the Earth and all that exists.