Islam: a home of tolerance, not fanaticism 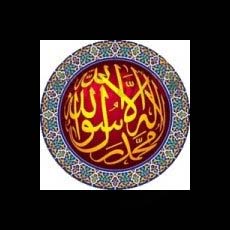 Media speculation since the horrific terrorist attacks on has pointed the finger at Muslims and the Arab world, and that has meant ordinary citizens of the and other Western countries becoming easy prey for anti-faith hooligans. Shame.

Sadly, the latest horror to hit the looks to have been caused by people of Middle Eastern origin, bearing Muslim names. Again, shame.

This fuels more hatred for a religion and a people who have nothing to do with these events. This is why I want to explain some basic facts about this noble way we call Islam, before, God forbid, another disaster occurs -- next time probably aimed at Muslims.

I came to Islam in my late 20s, during my searching period as a wandering pop star. I found a religion that blended scientific reason with spiritual reality, in a unifying faith far removed from the headlines of violence, destruction and terrorism.

One of the first interesting things I learned in the Quran was that the name of the faith comes from the word Salaam -- peace. Far from the kind of Turko-Arab-centric message I expected, the Quran presented a belief in the universal existence of God, one God for all. It does not discriminate against peoples; it says we may be different colors and from different tribes, but we are all human and "the best of people are the most God-conscious".

Today, as a Muslim, I have been shattered by the horror of recent events; the display of death and indiscriminate killing we've all witnessed has dented humanity's confidence in itself. Terror on this scale affects everybody on this small planet, and no one is free from the fallout. Yet, we should remember that such violence is almost an everyday occurrence in some Muslim lands: it should not be exacerbated by revenge attacks on more innocent families and communities.

The Quran that our young people learn is full of stories and lessons from the history of humanity as a whole. The Injeel (Gospels) and the Torah are referred to; 'Eesaa (Jesus) and Ibraaheem (Abraham), may Allah exalt their mention, are mentioned. In fact there is more mention in the Quran of the prophet Moosaa (Moses), may Allah exalt his mention, than of any other. It acknowledges the coexistence of other faiths, and in doing so, acknowledges that other cultures can live together in peace.

Respect for religious values and justice is at the Quran's core. The Quranic history we teach our young provides ample examples of inter-religious and international relationships of how to live together.

But some extremists take elements of the sacred scriptures out of context. They act as individuals, and when they can't come together as part of a political structure or consultative process, you find these dissident factions creating their own rules, contrary to the spirit of the Quran -- which demands that those recognized as being in charge of Muslims must consult together regarding society's affairs. There is a whole chapter in the Quran entitled ‘Consultation’.

Communal wellbeing is central to human life, so there is a concept in Islam called Istihsaan, which means "to look for the common good". Even though the Quran may lay down a diktat, scholars are also supposed to consider the circumstances prevalent at the time. Sometimes that means choosing the lesser of two evils or even suspending legislation if necessary: for instance, a person who steals bread during a famine is not treated as a thief.

Once I wrote in a song: "Where do the children play?" Our sympathy and thoughts go out to the families of all those who lost their lives in these tragic acts of violence, as well as all those injured. But life must go on. Children still need to play and people need to live and learn more about their neighbors, so that ignorance doesn't breed more blind fanaticism. Moderation is part of faith, so those who accuse Muslim schools of fostering fanaticism should learn a bit more about Islam.

(may Allah exalt his mention) said: "Ruined are those who insist on hardship in faith" and "A believer remains within the scope of his religion as long as he doesn't kill another person illegally." Such knowledge and words of guidance are desperately needed at this time, to separate fact from falsehood, and to recognize the Last Prophet's

own definition of that which makes a person representative or otherwise, of the faith he lived and the one we try to teach.