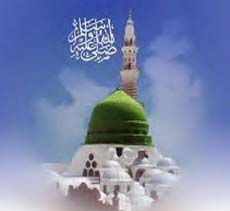 Everyone who desires the dominance of Islam and who strives for that cause, should realize the importance of the prophethood of Muhammad

(may Allah exalt his mention) and the decisive role it has to play in today’s  conflict of civilizations. They should address the issue by re-determining priorities and strategies. The following factors should be kept in mind while evaluating the situation:

1- The perception of eternal finality

We must understand the present social milieu in which we are striving for the practice and dominance of Islam. It is definitely different and 1400 years away from the time of the Prophet

despite the fact that the efforts being made are a continuation of the same prophetic mission.

Muslims must understand that Muhammad

was not appointed a prophet for any particular nation or era. Rather, he was sent to humanity as a whole, irrespective of time and place. From the 6th  century to the 21st century CE and even beyond, until the Day of Judgment, Muhammad

will remain the only prophet. This statement, although simple, has far-reaching connotations. It is obligatory that the message of Muhammad

be continuously delivered in the manner done in his time.

2- The perception of an immortal message

We should concede that the example of Muhammad

is still present amongst us. This is because the Divine Book that he

brought is still intact, and the minutest details of his life are preserved in the Sunnah (Prophetic traditions), and his Deen (Divine way of life) has spread all over the world through his followers.

Consequently, it is incumbent on Muslims to continue with the mission launched by him, considering it a responsibility bestowed by Allah.

3- The true perception of prophethood

it was important to demand commitment towards his prophethood. Although faith in Allah comes first and is the essence of the Islamic way of life, yet faith in the Prophet

is equally important and decisive. Belief in God is the basic premise of all Prophets, may Allah exalt their mention, and cradles the purpose of prophethood; yet, it is only by believing in a prophet that one can yield to the concept of Allah. Thus, only that belief and concept of Allah is acceptable which is based on the declaration and description provided by the Prophet Muhammad

Just as the Quran is believed to be the revealed Word of Allah without any reservations, similarly, the prophethood of Muhammad

is also beyond any doubt. These two facts have to be taken as granted, otherwise, there cannot be a rational and sound interpretation of the concepts of Halaal and Haraam (lawful and unlawful), Waajibaat and Manhiyyaat (obligations and prohibitions), Athaab and Thawaab (penalty and reward). Practically then, faith and obedience to the Prophet

is equivalent to the obedience of Allah and is the only way to seek the pleasure and proximity of  Allah.

4- Importance of the belief in prophethood

Belief in the prophethood should be given due importance and priority in all our efforts of Da’wah and Jihaad (striving for the supremacy of Allah’s injunctions). Otherwise, mere belief in Allah would become meaningless, because the Jews and Christians too claimed to be believers of one God, and the Quran itself has praised the excellence of Ibaadah (worship) and Akhlaaq (moral dignity) of some of them, yet they incurred Allah’s wrath simply because they denied belief in the prophethood.

5- Belief in prophethood is a source of Allah’s help

Belief in prophethood is decisive because the promise of Allah’s help, salvation and victory is with the Prophets, may Allah exalt their mention, and with those who truly believe in the prophethood, sincerely follow prophetic teachings, become helpers in their mission and struggle to establish Allah’s Deen (code of life). The Quran says (what means): “And verily, Our Word has gone forth of old for our slaves, -- the Messengers, that they verily would be made triumphant. And that Our hosts would be victors.” [Quran 35: 171-173]

6- The message of love and peace

The eternal struggle of the prophetic mission against the mischief of unbelievers, which has now taken the shape of a conflict between Islam and the West, is, in fact, a struggle for winning over the hearts and minds of people. Winning over the hearts of people would result in the supremacy and dominance of Islam -- the true religion of Allah. Force can conquer land, acquire money and goods, seize political power but it cannot win people’s minds and hearts. Similarly, argument can earn support but it can never secure commitment, devotion and readiness to face sacrifices in life. There is only one way to win over hearts: a firm belief in the prophethood of Muhammad

full devotion to his mission, love and reverence for him and complete obedience and commitment to follow him in all aspects of life. This is how people’s hearts have been won in the past and will be won in the future.

We should strive to prove that Islam is the true religion which presents a complete code of life; warn people about the curse of interest or usury and the dangers of un-Islamic economic systems, and highlight the beauty of the Islamic social, political, economic and family system. However, we should never forget that the purpose of all these pursuits is to create favorable conditions and a conducive environment for upholding the cause of Truth.

the way to achieve success in the war of civilizations will remain obstructed. There are many people who praise Islam, eulogize Islamic arts and architecture, applaud Islamic spiritualism and mysticism but, still, are not ready to follow the Prophet Muhammad

as they do not believe in his prophethood! Such people, therefore, can never be regarded as aides and supporters of the prophetic mission.

Similarly, even if we supply ample proof that Islam ensures human rights more than any other ideology; that it not only upholds women’s rights but has given them a status which was inconceivable earlier, even in the West; and that the penal code of Islam is not cruel, but sympathetic and compassionate to the people and society, it would still not enhance the prospects of winning over people’s hearts. Arguments of logic and intellect cannot serve the purpose either. What is needed is a firm and unshakable belief in the prophethood of Muhammad

and a pure flow of love for him more than anything else.

Thus, the biggest objective before us should be to give top priority to the Da’wah towards the prophethood of Muhammad

. It does not mean that we start telling people that they are infidels or transgressors if they do not believe that Muhammad

is the true prophet of Allah.

By this we mean:

had sent emissaries to different countries during his lifetime to proclaim the message of Islam. Today, there are emissaries in every nook and corner of the globe -- over one billion Muslims -- who have his message with them. Muslims who realize their responsibility should stand up with sincerity and devotion, to work towards bringing people close to the Prophet

and his mission. An equal amount of time and resources must be spent in disseminating the teachings of Islam, and highlighting the personality, life, character and moral excellence of the Prophet

Those who get closer to the source of illumination will automatically find their minds and hearts opening in the warmth and light. The more the people believe in the prophethood of Muhammad

the stronger will be their devotion to his life and mission, and the greater will be the chances of the Prophetic message emerging victorious in the conflict of civilizations.
As Muslims, this is a debt that we owe to the world, and each one of us should come forward to repay his share of the debt.