Women's liberation through Islam - I 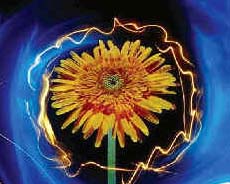 . The Quran and the Traditions of the Prophet

are the sources from which every Muslim woman derives her rights and duties.

Islam, fourteen centuries ago, made women equally accountable to Allah in glorifying and worshipping Him - setting no limits on her moral progress. Also, Islam established a woman's equality in her humanity with men.

In the first verse of the chapter entitled "Women", Allah Says (what means):"O mankind! Be dutiful to your Lord, Who created you from a single person (Aadam), and from him (Aadam) He created his wife [Hawwaa (Eve)], and from them both, He created many men and women and fear Allah through Whom you demand your mutual (rights), and (do not cut the relations of) the wombs (kinship). Surely, Allah is Ever an All-Watcher over you." [Quran 4:1]

Since men and women both came from the same essence, they are equal in their humanity. Women cannot be by nature evil (as some religions believes) or then men would be evil also. Similarly, neither sex can be superior because it would be a contradiction of equality. Allah Says (which means): "O mankind! We have created you from a male and a female, and made you into nations and tribes, that you may know one another. Verily, the most honorable of you with Allah is that (believer) who is the most pious of you. Verily, Allah is All-Knowing, All-Aware." [Quran 49:13]

In Islam, a woman has the basic freedom of choice and expression based on recognition of her individual personality. First, the non-Muslim woman (from the people of the Book) is free to maintain her religion. Allah Says (what means):"There is no compulsion in religion. Verily, the Right path has been made distinct from wrong path.” [Quran 2:256]

Women are encouraged in Islam to contribute their opinions and ideas. There are many traditions of the Prophet

which indicate women would pose questions directly to him and offer their opinions concerning religion, economics and social matters.

A Muslim woman chooses her husband and keeps her family name after marriage. A Muslim woman's testimony is valid in legal disputes. In fact, in areas in which women are more familiar, their evidence is conclusive.

said: "Seeking knowledge is a mandate for every Muslim (male and female)." [Ibn Maajah] This includes knowledge of the Quran and the Hadeeth as well as other religious knowledge. Men and women both have the capacity for learning and understanding. Since it is also their obligation to promote good behavior and condemn bad behavior in all spheres of life, Muslim women must acquire the appropriate Islamic education to perform this duty in accordance with their own natural talents and interests.

While maintenance of a home, providing support to her husband, and bearing, raising and teaching of children are among the first and very highly regarded roles for a woman, if she has the skills to work outside the home for the good of the community, she may do so (if she has to) as long as her family obligations are met, and as long as there is no intermingling between her and men in the work place.

Islam recognizes and fosters the natural differences between men and women despite their equality. Some types of work are more suitable for men and other types for women. This, in no way, diminishes either's effort nor benefit. Allah will reward both sexes equally for the value of their work, though it may not necessarily be the same activity.

The success of a society can be traced to the mothers. The first and greatest influence on a person comes from the sense of security, affection, and training received from the mother. Therefore, a woman having children must be educated and conscientious in order to be a skillful parent.