Restrictions for a Person in the State of Ihraam - II 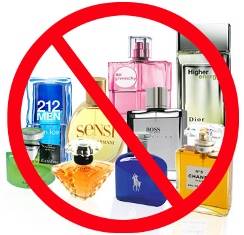 This is restricted regardless of the means with which they are done, and regarding the hair, then the restriction applies whether it is from the head or any other part of the body.

Allah Says (what means): {And do not shave your heads until the Hady (offering) reaches the place of sacrifice…} [Quran 2:196]

In such a case, one must pay atonement, which is fasting three days, or feeding six poor people with a Mudd (750 gm) of fine wheat each, or slaughtering a sheep.

There is consensus among the scholars that a person in the state of Ihraam is forbidden to clip his fingernails without any genuine excuse. However, if a nail is broken, one may remove it without incurring any penalty. Removing the hair is permitted, if it becomes harmful.

Using perfume on the body or clothes:

This applies whether done by a man or a woman. Ibn 'Umar

smelled the pleasant smell of perfume coming from Mu'aawiyyah

while the latter was in the state of Ihraam. 'Umar

commanded him: "Get back, and wash it off. I have heard the Prophet

saying: “A pilgrim must be unkempt and without any perfume." [Al-Bazzaar]

The one who applies perfume during Ihraam has to make a compensation, which is fasting three days, or feeding six poor people with a Mudd of fine wheat each, or slaughtering a sheep.

It is permissible, however, to smell the things that are not planted for their scent such as apples and quince.

There is agreement among scholars that wearing a Hajj garb dyed with a scented material is not allowed unless it is washed and its smell is removed. The Prophet

said: "Do not wear (while in the state of Ihraam) any clothes dyed with warse or saffron without washing them." [Ibn 'Abdul-Barr and At-Tahaawi]

The one who wears clothes dyed with scented material while being in the state of Ihraam has to compensate by fasting three days, or feeding six poor people with a Mudd (750 grams) of fine wheat each, or slaughtering a sheep.

In the case of killing a game animal, the penalty is to slaughter a domestic livestock animal (i.e. a camel, cows or sheep) equivalent to it.

It is forbidden for a person in the state of Ihraam to partake of any land game prepared for his sake, at his suggestion or with his help. Abu Qataadah

went for Hajj and they also went with him. The Prophet

dispatched a group, including Abu Qataadah

and told them: "Follow the seashore until we meet again." All of them except Abu Qataadah

were in the state of Ihraam. On the way, they saw a herd of zebras. Abu Qataadah

attacked them and killed a female zebra. They all ate of its meat but said: "Is it permissible for us to partake of this land game in the state of Ihraam?" Then they carried the rest of the meat to the Prophet

and told him the whole story. The Prophet

said to them: 'Did any one of you ask Abu Qataadah to attack the herd, or point it out to him?" They said: "No." He

said: "Then, you may eat what is left of the quarry." [Al- Bukhari and Muslim]

A person in the state of Ihraam may eat the meat of a game, which is neither killed by him, nor for him, nor pointed out by him to someone else, and in the hunting of which he did not help others.

Restrictions for a Person in the State of Ihraam - I