Advice to women regarding marriage – I 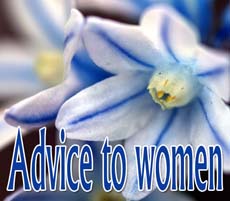 Abu Hurayrah, may Allah be pleased with him, reported that the Prophet

said: “If a man whose religious commitment and moral conduct you approve of proposes for marriage to your daughter, then marry her to him; otherwise, trials will prevail and great corruption will spread upon the earth.” [At-Tirmithi & Ibn Maajah] Imaam As-Sindi

commented upon this narration, saying: “A person’s religious commitment assures fulfilling his obligations, and his good moral conduct assures his kind treatment of others.”

The spread of corruption and evil is the natural result of people refusing to marry their daughters off to men whose religious practice and morals are good, preferring instead to delay and marry them to those with more wealth, or from a more honourable lineage. This results in many young men and women remaining unmarried, which causes fornication to prevail, immorality to overwhelm, and chastity to vanish.
Imaam At-Teebi

said: “This narration supports the ruling of Imaam Maalik over the others, in which he (i.e. Maalik) said that competence for marriage should be based only on religious commitment and moral conduct.”
Some scholars have stated that if the guardian repeatedly rejects men who propose for marriage to his daughter for no legitimate Islamic reason, then this could nullify his guardianship over her.
Some women set impossible conditions for future husbands, such as him memorising the entire Quran as well as the Hadeeth collections of Al-Bukhari, Muslim and so on. Moreover, some of them may even go as far as to demand a man whose character is like that of Imaam Al-Bukhari

.
This is totally incorrect; all a man has to meet are the two conditions set in the abovementioned narration; namely, religious commitment and a high moral character.
How can pious men and women be brought together in marriage?
The righteous men and women in the community should play a strong role in this. For example, the wife could become a contact for the women and the husband for the men. The young women should not give up the condition of the man being religious on the pretext that they will work on him and transform him to a pious man after marriage, unless the man is known to adhere, in general, to his Islamic obligations, as well as having noble morals and shunning sins. In such a case, he may be a candidate worth considering.
People’s stance when asked about the man proposing:
Some people, when asked about a man who is proposing to their daughter, give general answers and avoid being precise. They say things like: ‘He is a nice man’, ‘He is a kind person’, ‘His father is a good man and his grandfather was religious’, ‘Much good is expected from him and he is handsome’, ‘He is polite and wealthy’ and so on. It is after the marriage takes place that the bitter reality surfaces and the young woman come to know him for who he really is, only after it is too late.
Others conceal the faults of the proposing man when asked about him due to the fear of him, or what he may do if he found out, or because they think that to do otherwise would be to backbite; but the Prophet

said, when asked by Faatimah Bint Qays, may Allah be pleased with her, about two Companions, may Allah be pleased with them, who had proposed marriage to her: “Abu Jahm is a man who never lowers his stick (i.e. he beats his wives), and as for Abu Sufyaan, he is extremely poor and possesses no wealth.” She said: “I like neither of them” The Prophet

said:“Marry Usaamah Bin Zayd” So she married him and Allah blessed their marriage, granting her a joyful life.
The one being asked should clarify everything he knows about the person who is proposing without exaggeration, and should fear Allah regarding what he says. He should mention his merits as well as his faults; he should mention only that which he is certain of and act as if the young woman is his own daughter or sister. This is because marriage is a long term commitment and not an interim one. Marriage is a relationship that is meant to last until the grave, unless there is a valid reason to end it; and divorce frequently occurs when people marry their daughter to a person whom they do not know well enough.
The behaviour of some young women who seek marriage:
Some young women offer themselves in marriage to young men over the telephone, which is disastrous as the man may be a sinner, and some sins are more lethal than others. For example, if the man deals in Ribaa (i.e. interest or usury) then his and his family’s provision, food, drinks and clothing will be ill-gotten. Moreover, even a sinner would not typically marry a woman who offers herself to him on the telephone. He may play around with her for a while, but when he is serious in his search for a wife, he will seek a chaste and well-mannered woman. A man who had such a friend was amazed at seeing him marrying a young woman who was fully adherent to the Hijab; upon asking why he did so, the friend replied: “I wish to marry a woman whom I would be sure of not finding in bed with another man upon returning home one day." This is how men perceive young women who freely and easily talk to them on the telephone.
The young woman and her family or guardian must investigate the man who is proposing to her so that they can discover whether or not he is putting on an act in order to appear as if he is a committed Muslim.
Histories:
It is not a condition for either of them to inform the other of their previous sins, especially if they have sincerely repented and then adhered to piety.
The vitalness of transparency:
It is very important that both the man and the woman are clear with one another from the very beginning and agree on everything before the contract is finalised.
If the family refuses the proposing man to see the daughter, then he should, at the very least, get a clear description of her.
Advice to women regarding marriage – II