The price of return 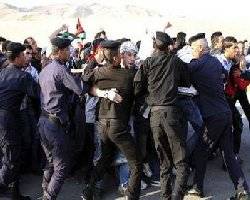 The May 15 Nakba protests took a toll on one family in particular, losing a son who made the ultimate sacrifice.