Parents: Precious Blessings in our Life 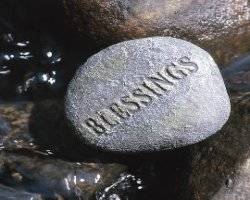 Allah, The Almighty, has made our parents the cause of our existence and made them the source of providing us with unparalleled love and a sound upbringing. However, when we grow up, we tend to forget the period of our infancy and childhood and disregard their efforts. What ingratitude can be worse than this?

The very least we can do for our parents is to show goodness and kind treatment towards them while they are alive, and supplicate for them, offer charity and other righteous deeds on their behalf after their death.

Allah, The Almighty, mentions the virtues of being good to one’s parents in conjunction with worshipping Him alone when He Says (what means): {“And your Lord has decreed that you worship none but Him. And that you are dutiful to your parents. If one of them or both of them attain old age in your life, say not to them a word of disrespect, nor shout at them but address them in terms of honor. And lower unto them the wing of submission and humility through mercy, and say: `My Lord! Bestow on them Your Mercy as they did bring me up when I was young.'"} [Quran 17: 23-24]

classified being undutiful to parents as one of the great major sins and he mentioned it along with associating partners with Allah, The Almighty, in His worship. He

said: "Shall I not inform you about the most grievous of the grave sins?" His Companions replied, "Please do, O Messenger of Allah!" He

said: "Associating anything with Allah (in worship), and being undutiful to parents, (he was reclining at that time, then he sat up and said): (beware of) false testimony or false utterance." He repeated it so many times that his Companions wished that he would become silent. [Al-Bukhari and Muslim].

• A man came to the Prophet

and asked, "Which of the people is most deserving of my good companionship?" He

replied: “It is your mother.” The man then asked, "Who is next?" He

again replied: “It is your mother.” Then the man asked, "Who is next?" The Prophet

replied: “He whose parents reach old age, either one or both of them, and who does not enter Paradise (due to not being dutiful to them).” [Muslim]

• Dutifulness to parents is one of the reasons behind the forgiveness of sins. Ibn ‘Umar, may Allah be pleased with them both, said that a man came to the Prophet

and said, "I have committed a great sin, can I repent from it?" The Prophet

asked: “Is your mother alive?” ; another narration reads: “Are you parents alive?” The man replied, "No" so the Prophet

asked: “Do you have a maternal aunt?” The man replied, "Yes" Thereupon, the Prophet

said, "If there was anything less than this expression (i.e., saying 'Uff' to one's parents) as a form of being undutiful, Allah would have forbidden that expression." Allah, The Almighty, also mentions gratefulness to Him along with being grateful to one’s parents when He says (what means): “Give thanks to Me and to your parents. Unto Me is the final destination.” [Quran, 31: 14]

These Ahadeeth inspire you to be dutiful to your parents and respect and glorify them. Do not be negligent of the saying of the Prophet