What You should Know about Drugs 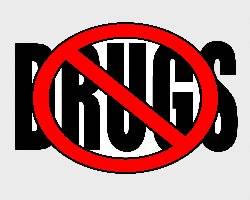 A newspaper reported a story of a man who was not on good terms with his wife. One day, one of his evil friends gave him some cigarettes to smoke. After smoked the cigars, he left his house and wandered the streets until he became tired and so he rented a hotel room and spent the night there. The next morning, he surrendered himself to the police confessing to the murder of his step-father. However, when the police investigated the case and discovered that he had not killed anyone, rather, the effect of the cigarettes he smoked late night had made him in this illusory psychosis situation of that he committed the above mentioned crime! Because those cigarettes contained the dangerous hashish!

Substance abuse is a problem that affects not just the abusers but also their families and friends. People with addictions are often multiply diagnosed with mental and physical health problems, from obsessive compulsive disorder to HIV/AIDS, and substance abuse counselors work closely with them to identify reasons for their behavior and to take immediate steps to change and remedy it.

Given the prevalence of drug abuse, everyone ought to have some basic information about drug abuse and addiction.

What are Drugs and what are their Types?

Drugs in general are plants or chemical substances that affect the body and mind of anyone who consumes them. It makes the body lethargic, paralyzes its energy, slows the brain and is addictive to the extent that if deprived from taking it, one becomes enraged and distressed, and may even resort to stealing and killing. Furthermore, it may lead to an absolute psychological disorder.

Generally, drugs are divided into three types: Natural drugs, chemical drugs and the mixture of natural and chemical.

Natural drugs: These are plant products, taken and used in the same form without any variation, like opium, hashish, Qat and marijuana.

Chemical drugs: These are manufactured drugs that have the same effect as anesthetic substances. They are more harmful than the mixed kind. Some examples are L.S.D., thinner, mescaline and others.

Why Do People Take Drugs?

There are many reasons why people take drugs:

• Weakness of faith, and not turning to Allah The Almighty during hardship.

• Having superfluous wealth and spare time.

• Satellite channels that broadcast and promote various immoral movies and programs which glamorize and propagate the use of drugs.

• The use of tranquilizers, painkillers and sedatives without consulting a physician, which results in addiction unknowingly.

• The misconception that drugs increase sexual performance and potency, while the truth is contrary to this.

• The desire to be able to stay up late to work or study.

• The notion that drugs are not prohibited in Islam.

• Imitation of some celebrities who use drugs.

• Negligence by parents while raising the child.

How can We Save the Generation from this Malicious Tendency?

There are many ways to cure this dangerous phenomenon:

• Increasing public awareness regarding the danger of drugs and their evil consequences on individuals and the community.

• Keeping the door open for addicts who want to repent and stop the use of drugs and help in their rehabilitation because this could help them refrain from this evil habit.

• Filling free time with useful activities like reciting the Quran, Thikr (mentioning and remembering Allah The Almighty), and occupying himself in permissible things like trade, agriculture, or enrolling in study circles.

• Becoming aware of the Islamic ruling regarding drugs, and that the prohibition covers all types of drugs.

• Knowing the harm and ill effects of drugs.

• The media should launch campaigns aiming towards spreading awareness regarding the danger of drugs.

• Strict supervision on all media programs to prevent any program which might encourage or glamorize, in any way, the use of drugs.

• Government should prevent the plantation, import and smuggling of drugs.

• Having severe punishments for those who are caught smuggling or dealing in drugs.

• Making more people aware of the ways to cure addiction so that the family can help the addict.

Family Disintegration and Its Relation to Child Delinquency