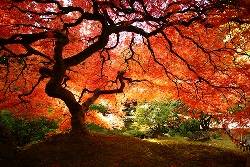 The family in general and the wife in particular is a precious trust and great responsibility that a Muslim must shoulder and never neglect. In this matter, just like in all others, the Prophet,

, is an example for all husbands in the way he

treated and nurtured his wives.

, encouraged people to nurture their families; he,

, said: “Allah will ask every person about those under his guardianship. (He will ask) whether he protected and preserved them, or squandered them; (this is) the extent to which He will ask man about his family members.”
What did the Prophet,

, do with regard to nurturing his wives? How did he,

,, educate them, enjoin them to do good and forbid them from doing evil? What was his manner and method in talking to them and being kind to them? These questions are answered below.
The Prophet

would teach his wives matters pertaining to faith:
The Prophet,

, would teach his wives matters related to faith and creed and expound to them the oneness of Allah The Almighty and His greatness. He,

, would explain the Names and Attributes of Allah to them, as well as matters related to the Hereafter. Once he,

, was talking to ‘Aa’ishah,

about accountability in the Hereafter and said: “He who is questioned will be punished.” `Aa’ishah,

then asked, “Does Allah not say (what means): {Then as for he who is given his record in his right hand. He will be judged with an easy account}[Quran 84: 7-8]He

clarified and this, saying:“This does not mean holding people to account. Rather, it refers to merely presenting to them their records, but the one who will be questioned will certainly be punished.”

would teach his wives supplications and the mention of Allah The Almighty:

, saw the moon and said to ‘Aa’ishah

, was pointing to the moon, as it is an indicator of the approach of evening, during which many evils can take place.

would teach his wives to fear Allah The Almighty:

, would run back and forth, in and out of his house, whenever he felt the wind and saw the clouds forming, and signs of disturbance would appear on his face. Once ‘Aa’ishah

said to him when he did so, “People rejoice upon seeing the wind (and clouds) while I see you do what you do (i.e., become disturbed).” He,

,responded: “O ‘Aa’ishah! What assurance do I have that it will not be one of punishment? Allah has punished earlier nations with the wind; when these people felt the wind (and saw) the clouds approaching, they said, 'This is a cloud bringing us rain!’”Thus, a Muslim must always fear Allah The Almighty and His punishment.

would make his wives accustomed to worship:

, would train his wives to wake up at night to perform the voluntary night prayers, by waking them up himself. Moreover, his teaching was not limited to prayer, as he,

to spend in charity, saying: “Do not hoard, otherwise, Allah will withhold from you.”[Al-Bukhari and Muslim] He,

, thereby taught her not to restrict her spending in charity and to be extremely generous. This shows how keen he,

, was to instruct his wives in recommended matters and not just regarding mandatory matters or prohibitions.

Prophet Muhammad’s Treatment of Women - I