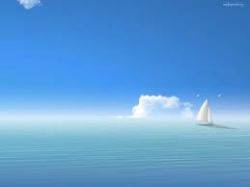 would teach his wives to deal fairly and justly:

,set a practical example in this issue, just he

did in all the other values that he encouraged. This is demonstrated by his justice between his wives. Whenever he,

intended to go out on a journey, he,

, would draw lots between them to see who among them would accompany him on the trip. This was narrated by his wife `Aa’ishah

. [Al-Bukhari and Muslim] His,

, dealing with them justly would certainly have been a more influential in instilling the quality of justice in them.

good conduct with his wives:

Allah The Almighty instructs us to treat women kindly when He Says (what means) :{…and live with them in kindness...}[Quran 4: 19] The meaning of this verse is, talk to them with kind words, treat them gently and beautify yourselves to them according to your ability, just as you would like them to do for you. In conformance with this, the Prophet,

, treated his wives kindly and gently. He,

, was always smiling at them, joking with them, spending on them generously and entertaining them.

would meet all his wives every night in the apartment of the one with whom he would spend that night. He would eat dinner with them all at the same time, and then each of them would go back to her apartment. He used to return home after the ‘Ishaa` prayer and converse with his wife before going to sleep.

would consult his wives:

signed a peace treaty with the Quraysh and he agreed not to continue his trip to perform the pilgrimage, he,

to slaughter the sacrificial animals they had brought with them. The Companions

were in a state of shock and were saddened by the fact that they were being prevented from performing their act of worship. Therefore, when he,

, commanded them, they did not reply, nor did they move. He,

, entered the tent of his wife Umm Salamah

informed her of the reaction of his Companions

and consulted her as to what to do. Umm Salamah

said, “Go out and do not talk to anyone and slaughter your sacrificial animal and call the barber and shave your head.” No sooner had he

done as she suggested than the Companions

got up and followed his,

gentleness with his wives:

Safiyyah may Alalah be pleased with her, narrated, “The Prophet

went out to perform Hajj and took his wives along on the trip. After traveling a part of the journey, my camel knelt down and I was the most exhausted of them all (the wives) so I started crying. The Prophet

came to me and wiped my tears with his garment.”[Ahmad]