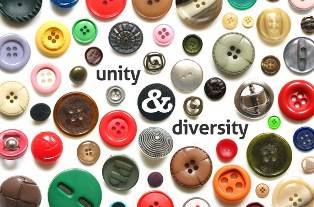 Allah The Almighty Says (what means): {O mankind, indeed We have created you from male and female and made you peoples and tribes that you may know one another. Indeed, the most noble of you in the sight of Allah is the most righteous of you. Indeed, Allah is Knowing and Acquainted.} [Quran 49:13]

The Muslim community is one of the most culturally diverse societies in the world. This especially holds true in America where Muslim immigrants, from places like the Middle East and Southeast Asia, among other places, are living their lives as strange bedfellows in a country that is foreign to them and, most importantly, where the predominately non-Muslim populace is generally mistrustful of Muslims. It's unfortunate that the flag of Islam is often times not enough to unite Muslims from varying cultural backgrounds.

The sleepy suburb of Dayton, Ohio is just one city in America where many Muslims live but very few connect with their Muslim brethren who mix in the exact same society as them. They cross paths on a regular basis but know little outside of their own culturally based sub-communities. "Our community is clearly split into smaller international communities," shares Soumy Ana, a Muslim teacher residing in Dayton. "Moroccans meet with Moroccans, Egyptians meet with Egyptians and Pakistanis stay amongst Pakistanis. Muslims here are clearly more comfortable with people from their birth country, who speak the same language, have the same profession and follow the same beliefs."

Muslims from varying cultures usually look within their own 'mental' borders when it comes to socializing with others in the community and making friends. For example, a Pakistani Muslim will feel unity with one of their fellow compatriots more so than with a Muslim from another country who may not even speak the same language as they do. The scenario plays out in communities across the world and is prevalent in Mosques where even worshippers, in the congregational prayer, line themselves up according to their birthplaces. As a result of this cultural division, there is no viable unity in the Ummah, which is still an unfulfilled dream in the Islamic faith. "Understanding one another is sometimes hard because of the cultural differences. Culture and upbringing play a huge part in communication," says Ana, "For instance, I like to share my feelings while my Arab neighbor hides a lot of her feelings. She thinks I am too bold and I get angry when I do not know what is going on from her side. I notice that people from the same country tell almost everything to each other. They tell me little because they do not feel connected to me while they feel connected to someone else from the same country.”

With Islam consistently under fire from the mass media 'microscope', now more than ever Muslims must unite under the same banner of "La ilaaha illa Allah," regardless of race or socioeconomic standing. Coming together as Muslims is the best way for communities to create a sense of brotherhood, which will translate into an improved society by establishing a common bond and future goals. It starts with you. There are three ways to embrace the diversity of Muslims in your community and bring everyone together:

Self-discovery — Examining your own thoughts and feelings towards different cultures of Muslims will go a long way in laying the groundwork for acceptance and understanding. Do you feel intimidated or fearful of other cultures? Are you confused by their customs or national dress? Is a fear of rejection the only thing holding you back from extending a hand in friendship? These are all questions that you must ask yourself, first, in order to discover any preconceived notions lingering in your mind.

Social awareness — Exploring your community to find out exactly which cultures make up the fabric of your society is an essential step you can take to find out more about their backgrounds. Make a list of all of the cultures represented in your community as well as any social organizations specifically created for them. Next, use the power of the Internet to learn more about their customs and traditions.

Inclusion — It's easy to complain that a certain clique of Muslims is excluding you from their gatherings for whatever reason. But what's a bit more difficult is for you to reach out to include Muslims from various backgrounds into your own social functions. No one ever said it would be easy and there is always a risk of rejection. However, unless Muslims put themselves out there 'come what may' the cultural divide between Muslims will never be bridged.

It's not just about bringing people together, but rather it is also about giving people a sense of worth and social value which will plant a seed of trust that can be cultivated for years to come. Encourage your children to follow the same culturally diverse principles in school or on the playground. "Children should be given the pride of being Muslim and no pride at all being Malay or Pakistani or Saudi, etc.," summates Ana, "children should be taught by their parents that they do not have any nationality. Their nationality is Islam. This way, they will feel connected with all Muslims."