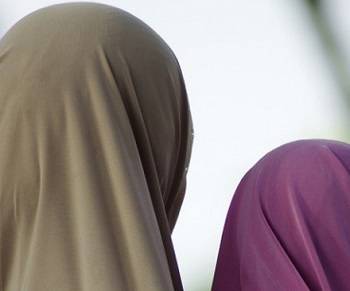 Many people quote an argument which indicates ignorance about the proofs behind Hijab (Islamic covering) as well as ignorance about the consensus of the scholars of the different schools of jurisprudence, that it is obligatory to cover the face at times when temptation and corruption are widespread. Undoubtedly, our current age is worthy of this description. This argument is, “The veil (face-cover) is a disputed issue among the scholars.”

This allegation is refuted from several aspects:

1- A true Muslim is required to seek the soundest view in Sharee‘ah (Islamic legislation) issues and rulings by looking for the strongest argument, abandoning following one's desires and inclinations and seeking the help of Allah The Almighty in order to be guided to the truth. A person who fulfills these requirements will inevitably be guided to the truth and it will be facilitated for him. Allah The Exalted Says (what means): {If Allah knows [any] good in your hearts, He will give you [something] better than what was taken from you, and He will forgive you.} [Quran 8: 70]

The argument “It is a disputed issue” is adopted by many people today in their acts of worship and thereby they got what they wanted and satisfied their desires through a scholar's slip, an ungrounded concession, an irregular opinion or a mistaken understanding, without giving the least importance to the contradiction of all that to the words of the infallible Prophet, sallAllahu ‘alayhi wa sallam, who does not speak from his own inclination; rather, through revelation. The Messenger of Allah, sallAllahu ‘alayhi wa sallam, prescribed for us a healing medicine whenever the disease of difference in opinion occurs. In a Hadeeth (narration), he said: "Those who live (after me) from among you will witness many differences . You have to follow my Sunnah (tradition) as well as that of the rightly-guided Caliphs."

Allah The Almighty considered consensus an argument that is immune to error. It is unsound to consider the opposite, which is difference in opinion, as being above error in argument as well.
A person who seeks irregular concessions and differences in his religion will end up with imperfect worship and weak faith. He could even lose his religiousness altogether. It was said, "A person who excessively looks for concessions has left the fold of religion."

Shaykhul-Islam, Ibn Taymiyyah, may Allah have mercy on him, said, "It was the Sunnah (way) of the believers during the lifetime of the Prophet, sallAllahu ‘alayhi wa sallam, that a free woman would be concealed from non-Mahram (marriageable) men while a bondmaid would not."

It was narrated on the authority of ‘Aasim Al-Ahwal, may Allah have mercy on him, that he said, “We used to enter upon Hafsah bint Seereen while she had made her cloak as a veil. We would say to her, may Allah be merciful to you, Allah The Exalted Says (what means): {And women of post-menstrual age who have no desire for marriage - there is no blame upon them for putting aside their outer garments [but] not displaying adornment.} [Quran 24: 60] She would reply, “What (part of the verse) comes after that?” We would say, “{But to modestly refrain [from that] is better for them.}” She would say, "This asserts wearing the Hijab.”

3- We can summarize the opinions of the scholars of the four schools of jurisprudence regarding the issue of the woman's Hijab as follows:
They unanimously agree that a woman is required to cover her body as a whole before non-Mahram men -- including both, those who are of the view that the face and hands are a part of the ‘Awrah (part of the body that must be covered), as well as those who are of the view that they are not a part of the ‘Awrah but make it obligatory to cover them in this age, due to the corruption of most people, the weakness of their faith and the lack of piety in their inability to abandon looking at women which is prohibited.

In his book ‘Awdat Al-Hijab (Part One), Shaykh Muhammad Al-Muqaddim, may Allah preserve him, said, "The majority of scholars of the schools of jurisprudence in this age unanimously agree that it is obligatory to cover a woman's face and hands to block the way before corruption and eliminate the reasons for temptation."

Having mentioned some of the allegations that the advocates of neglecting Hijab and impermissible exposure of women's adornment raise against Hijab, we give the following advice to the woman who wears the Hijab disapproved by the Sharee‘ah:
Beware of believing that you wear the Hijab commanded in the Quran and the Sunnah. Do not be deceived that you are better than those who are not adhering to Hijab at all. That is because evil cannot be taken as a role model and there are [various] levels in the Hellfire, some of which are under some others.

Do not be deceived by those who bless your attitude from among those who are after satanic purposes, lustful interests and material benefits, who plan in order to popularize the Sharee‘ah-disapproved Hijab, make it, display it, buy it, and sell it. Such people are similar to the Jews and Christians who disobeyed Allah The Almighty and His Messenger, sallAllahu ‘alayhi wa sallam, and met the command of Allah The Almighty and His Forbiddance by their saying: {we hear and disobey} . In return, Allah The Exalted Said (what means) concerning them: {So do you believe in part of the Scripture and disbelieve in part?} [Quran 2: 85]

Such people are as if they did not receive a revealed Quran. It is as if they did not hear the verses in which Allah The Exalted Says (what means):
• {O Prophet, tell your wives and your daughters and the women of the believers to bring down over themselves [part] of their outer garments.} [Quran 33: 59]
• {and not expose their adornment except that which [necessarily] appears thereof.} [Quran 24: 31]
• {And do not display yourselves as [was] the display of the former times of ignorance.} [Quran 33: 33]

It is as if these verses were revealed to women other than Muslim women.

As for the blessed sister who fulfills the command of her Lord, we ask Allah The Almighty to safeguard her and grant her steadfastness. I say to her: Be pleased and rejoice with the glad tidings of the Prophet, sallAllahu ‘alayhi wa sallam, for you as well as similar women are patient and persevering for the sake of Allah The Almighty. In a Hadeeth, the Prophet, sallAllahu ‘alayhi wa sallam, said: "Give glad tidings to the strangers." It was said, "Who are the strangers, O Messenger of Allah?" He said: "They are a small group of righteous people among a large evil population. Those who oppose them are more than those who follow them."

In a community where negligence and non-adherence to Hijab prevail, you often hear people who say, "You look strange and abnormal." Be patient and persevering and keep steadfast in the face of temptations. There are just a few days after which you will enjoy the bliss of Paradise and the garments of honor with the mercy of Allah The Almighty. It was narrated on the authority of Al-Hasan Al-Basri, may Allah have mercy on him, that he said, "If Satan looks at you and finds you permanently obedient to Allah and he tries time after time to seduce you and you remain steadfast, he gets bored and abandons you. But if you are not steadfast all the time, he will try seducing you [again and again]."

The best thing to conclude with is the last portion of the verse in which Allah The Almighty commands women to wear the Hijab. Allah The Exalted Says (what means): {And turn to Allah in repentance, all of you, O believers, that you might succeed.} [Quran 24: 31]