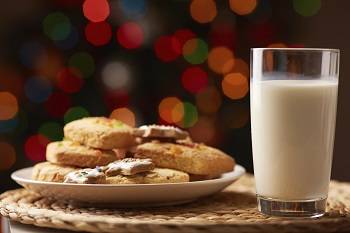 said: “Whoever believes in Allah and the Last Day, let him not sit at a table where alcohol is served.” [Ahmad and At-Tirmithi]

• Punishment of the one who drinks alcohol:

1- Ibn ‘Umar, may Allah be pleased with them, narrated that the Prophet

said: "Every intoxicant is khamr, and every intoxicant is haram. Whosoever drinks khamr in this world and dies whilst having consumed it and not having repented from it will not drink it in the Hereafter [i.e. in Paradise]." [Muslim]

narrated that the Messenger of Allah

said: "Every intoxicant is haram, and Allah has set a pledge upon Himself that He would make those who drink intoxicants drink from teenat al-khabal." It was said: "O Messenger of Allah, what is teenat al-khabal?" He answered: "It is the sweat that the people of the Hellfire emit or their seepage (of flesh and bones)." [Muslim]

"The Messenger of Allah

• Nabeeth is the water in which dates or raisins or their like is put to make water sweet and to take its salinity away. It is permissible to be drunk if it is not boiled or before three days pas on it.

• Ruling on eating from the property of others:

- If one, who is in need, passes by an unfenced orchard whose fruits are still on the trees or have fallen on the ground, and it has no guards, then he can eat from it without due payment, provided that he does not take away some of the fruits with him.

- Whoever takes something thereof while he is not in need of it, he is liable to pay twice its value and to be punished.

• Ruling on eating and drinking in prohibited utensils:

It is prohibited for men and women alike to eat and drink in utensils made of gold and silver or what is coated with them. A body that has been nourished with what is unlawful will not enter Paradise and its supplications will not be answered.

• Sunnah directive regarding if a fly falls in the vessel:

Abu Hurayrah, may Allah be pleased with him, narrated that the Messenger of Allah

said: "If a fly falls in the vessel of any of you, let him dip all of it (into the vessel) and then throw it away, for in one of its wings there is a disease, and in the other there is healing (antidote for it)." [Al-Bukhari]

It is to slaughter a lawful land animal by cutting the throat and the esophagus along with the two jugular veins, or one of them, or by causing a fatal injury to those who cannot be seized thereof, such as the straying animal and the like.

According to the Sunnah, camels should be slaughtered while they are standing, by piercing their throat with a sharp, spear-like instrument, and with its front-left leg tied. As for slaughtering cows, sheep, and the like: it can be done with a knife while they are lying on their left side. It is prohibited to make cattle a shooting target.

• The slaughter of the fetus is that of his mother. However, if it comes out alive, it cannot be eaten except after slaughtering it.

• Conditions of the validity of the slaughter:

2- Tool of slaughtering: It is permissible to slaughter with any sharp tool – except teeth and nails – that has a cutting edge which sheds the blood.

4- To say bismillaah ( i.e. in the Name of Allah) during the time of slaughtering; if it is left forgetfully, not intentionally, then it will be lawful.

• It is a condition that the game is not prohibited on account of the Right of Allah Almighty, as is the case of game hunted in the sacred precincts of Mecca or by someone in a state of ihram.

All animals that die by means of strangling, hitting the head, electric shock, immersing in hot water, or choking by gas are all prohibited and unlawful to eat. This is because blood in these cases congests inside the meat, and thus it will be harmful for humans to eat. Also, the impermissibility relates to the fact that the animal is slaughtered in a way that is not compliant with the Sunnah. So, it is the same as an animal who dies due to a natural cause.

• Ruling on lawful animals slaughtered by the People of the Book:

1- Lawful animals slaughtered by the People of the Book are permissible to eat based on the statement of Allah Almighty (which means): {This day [all] good foods have been made lawful, and the food of those who were given the Scripture is lawful for you and your food is lawful for them.} [Quran 5: 5]

• Slaughtering the animal that cannot be caught:

The game or animal that is difficult to catch can be wounded in any part of his body. Killing animals without a valid reason or benefit is prohibited.

• When can a Muslim eat the slaughtered animal of someone of the People of the Book?

• Ruling of eating the game:

Lawful land animals and birds cannot be eaten, except after two conditions are met:

1- Slaughtering them according to the sharia-approved manner

2- Mentioning the Name of Allah on them.

• Ruling on slaughtering an animal on behalf of another person:

Whoever slaughters an edible animal from the grazing livestock or the like and gives it in charity on behalf of a dead person so that its reward goes to that dead person, then it is permissible. However, if the person slaughters an animal with the purpose of glorifying this dead person and drawing close to him, then he has thereby committed major shirk (i.e. polytheism), and the animal will not be lawful for him or for others to eat.

• How to kill and slaughter animals in a good manner:

1- One should slaughter with a sharp tool, not a blunt tool that makes the animal suffer. Also, one should not slaughter the animal while its mate is watching, for this will scare it. Furthermore, one should not sharpen the knife while the animal is watching. He should not break the neck of the slaughtered animal, skin it or cut a part from it before it is actually dead. Nahr (the manner of slaughtering camels that has been aforementioned) should be observed with camels, whereas all other animals are to be normally slaughtered.

I have memorized two things from the Messenger of Allah

2- It is recommended to direct the animal towards the Qiblah and to say takbeer (Allahu Akbar), along with mentioning the Name of Allah (i.e. to say Bismillaah and Allahu Akbar). [Abu Dawood and At-Tirmithi]

• Hunting is to intentionally kill a lawful, wild, uncatchable animal that no one owns using a sharia-approved tool.

In principle, hunting is permissible, except inside the Precincts of Mecca, wherein it is prohibited. Also, hunting a land game is forbidden for someone who is in the state of ihram.

There are two cases for game after it is shot and caught:

First: to find it stably alive, in which case it should be slaughtered according to the Islamic instructions.

Second: to find it dead – killed by hunting – or in unstable life, this can be lawful according to the conditions of hunting.

For game to be lawful, the following conditions should be met:

1- The hunter should be a Muslim or one of the People of the Book. He should have reached the age of puberty or the age of discernment.

2- The used tool should be one of the following:

First: A sharp tool that sheds blood; other than a tooth or a nail.

Second: A predatory animal or bird such as dogs and hawks. It is permissible to eat what they hunt as long as they are trained.

3- One should send the hunting animal such as a dog or an eagle with the intention of hunting.

4- Mentioning the Name of Allah Almighty while shooting or sending the hunting animal. If one does not mention it forgetfully, not intentionally, game will still be lawful.

5- Game should be lawful to hunt according to Islamic instructions. Game that is hunted during the time of ihram and game within the Sacred Precincts are unlawful.

Keeping dogs is prohibited since they cause fear to people and because of their impurity and filth. Other reasons are that angels do not enter a house in which a dog is present and that keeping a dog causes its owner to lose two qirats (i.e. a mountain like Mount Uhud) from his good deeds each day. The prohibition does not apply in the case of keeping dogs for hunting or guarding livestock and crops because of necessity and the interest involved.

• If a hunting dog caught game with its mouth, then it is not necessary to wash it seven times, because using dogs in hunting is based on the principle of facilitation.

• Ruling on playing with game:

- Hunting game uselessly or just for fun, like when one hunts game and leaves it without making benefit from it for himself or for others, is prohibited, being a form of wasting money and killing souls without need.

- Blood that is spilled out from birds and animals during hunting or slaughtering before they become lifeless is impure, and thus it is prohibited to make use of it.

- Whatever is hunted with a stolen or usurped tool is lawful; however, the hunter is deemed sinful.

- It is not permissible to eat game or the slaughtered animal of someone who does not pray at all, because he is a disbeliever.

• Ruling of amusing children with birds:

- Hunting game and taking it for little children to play with is permissible; however, they should be observed so that they may not harm it, neglect it, or starve it.

- It is prohibited to point a weapon, seriously or jokingly, at a human being whose blood is inviolable under the sharia.

Foods and Drinks - I