Lost at sea: The search for missing refugees 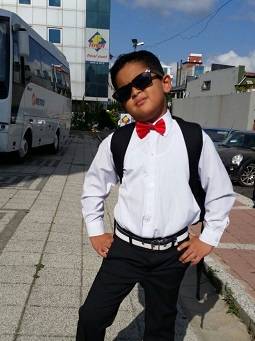 The last time Gholam saw his wife and two children was in the brief moment before a high wave split their boat in half and catapulted the dozens of people on board towards the sea.

In the chaos of October 16, 2015, Gholam, an Afghan refugee from Kabul, held his eldest son's head above water so that he could breathe. But overcome by rough winds and unable to see in the darkness, he could not find his wife, their four-year-old son or their nine-year-old daughter. More than a year later, he still recalls desperately hanging on to a piece of wreckage as the shards of wood dug into his palms and feet.

Gholam, his son and others were eventually rescued when a large ship crossed their path and transferred them to the Turkish coastguard. A 24-hour search-and-rescue patrol found some of the missing alive and others dead, but Gholam's wife and two young children were not among them.

"I thought, if they died, then where are their bodies?" Gholam said, speaking to Al Jazeera under a pseudonym. As weeks passed with no word, he took matters into his own hands, starting to search for his family on his own.

Thousands of refugees still brave the dangerous sea voyage to Europe across the Aegean Sea each year, but for every refugee that reaches Greece successfully, there are others who are never heard from again. Many are thought to be dead, with some buried in unmarked graves. The process to identify them is mired in bureaucratic and logistical hurdles, leaving their families in limbo.

According to Maria Landri - a coordinator for the tracing services department of the Hellenic Red Cross, a department that aims to assist these families - there are currently 900 cases open, while 114 cases have been solved since 2014. This represents only a fraction of the more than 4,400 missing persons, according to the International Organization for Migration's Missing Migrants Project.

Many are probably dead, although there is a lack of accurate data, said Fragkiska Megaloudi, a spokeswoman for the International Committee of the Red Cross in Greece.

"The identification of missing persons and unidentified bodies requires an effective system to allow data to be exchanged among European authorities," Megaloudi told Al Jazeera. "The lack of a comprehensive database for deceased people, the sheer size of the migrant flows that has significantly impacted on Greece's forensic services, and the limited human resources and logistical equipment have hindered the identification of the deceased."

United Rescues, a fledgling organization founded in 2015, has stepped in to assist in these searches, with a volunteer base spread out across Europe. Initially focused on rescuing refugees from the sea, United Rescues later opened a separate search division amid overwhelming demand. The organization is currently looking into around 250 cases.

"Thousands of people contact us," Sarah Chaara, the group's founder, told Al Jazeera. "But we can't accept all of them - only what is possible for us to help track down." Struggles with government bureaucracies are commonplace, she said, because of the group's volunteer status.

Often, United Rescues helps families by conducting its own initial investigation first, and then submitting official request forms to the Red Cross. The enquirer must be an immediate family member to be eligible to benefit from the tracing service.

One of the cases being pursued by United Rescues is Gholam's. In 2015, with the help of a volunteer, he began his search in Canakkale, Turkey, from where the ill-fated boat had left on its voyage to the Greek island of Lesbos. From there, they visited police stations, hospitals, morgues and detention centers in six Turkish cities: Ayvacik, Izmir, Aydin, Balikesir, Bursa and Istanbul. Two weeks later, there was still no trace of Gholam's family.

"Everywhere he went, he had a lot of hope. Before we entered the detention centers, he was optimistic, but we were getting negative information all the time and it was hard," said a volunteer who assisted in Gholam's case.

By October 2016, Gholam had rented an apartment in Istanbul and enrolled his son in school. He refuses to leave, wanting to be nearby should his wife and children be found.

"Some sources from the municipalities told us people were being kept in closed camps with no access to phones. Based on this, I believe my family is alive," Gholam said, referring to a network of refugee detention centres in Turkey that have been condemned by Amnesty International.

Among the more complicated cases that United Rescues has come across is Bonita's. A Palestinian refugee from Syria, she arrived in Greece by boat in July 2015, following her husband, who had arrived a few months before. Anticipating border closures, he urged her to carry on to Germany without him, saying that he would meet her soon after sorting out a land sale.

"He told me go now, and to wait for him. He said he was waiting for a paper from his family in Syria to sell the land," said Bonita, who did not provide her last name.

As the weeks passed in Germany with no word from her husband, she grew worried. Four months on, she learned that he had called his family and Syria and told them that he did not want to be found. An investigation by United Rescues suggested that Bonita's husband may have been recruited by an illicit network, although the details were unclear.

"He said he would come after me. He told me to wait for just a day. To this day, I haven't heard his voice," Bonita told Al Jazeera, breaking down into tears. "I love my husband; I will wait for him."

Late last year, the Red Cross held a series of workshops with Greek judicial and government authorities, forensic experts and law enforcement agencies, focusing on how to coordinate to formulate a legal framework for a central database of missing persons.

"This system will not only benefit Greece, but may also allow for information-sharing, either at a national level or between European states and migrants' countries of origin, in order to clarify the fate of the missing and give the families answers," Megaloudi said.

For now, Wessam, an Iraqi refugee currently seeking asylum in Sweden, will have to continue to wonder what became of his two young sons, Abbas and Mohamed, who disappeared after their boat capsized near the Turkish coast in September 2015.

Gholam's eldest son who survived the perilous sea journey, but his two siblings and their mother disappeared