Gaza under siege: The life and death of Ahmed Shubair 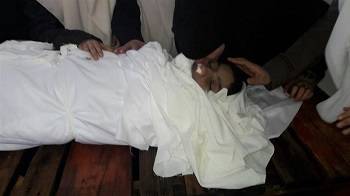 In 2016, Israel approved fewer than 50 percent of requests to exit the Gaza Strip through the Erez crossing for medical treatment abroad.

"In many cases, cancer patients who had received two or three cycles [of treatment] had their travel requests stalled or rejected, effectively turning Erez into a trap and limiting the benefit of the treatment they may receive," said Samir Zaqout, a field researcher at the Gaza-based al-Mezan human rights organisation.

Al-Mezan regularly records cases of desperately ill Palestinians being approached by Israeli intelligence officers to collaborate in exchange for access to medical treatment. Two Palestinian patients died in 2016 after being denied access, while nine others were detained at Erez after they were told they had been granted travel permits. Dozens more have reported various forms of harassment and extortion, although Israel has denied using such interrogations to gather intelligence, saying the goal was to determine whether patients posed a threat.

Below is the story of one young man whose case ended in tragedy.

Hassan Shubair is starkly matter-of-fact when asked about the fate of his son, 17-year-old Ahmed Shubair.

"Instead of a high school diploma, my son received his death certificate," Hassan told Al Jazeera.

Ahmed, who was in his final year of school, died in mid-January from severe heart failure, joining a growing list of victims who have succumbed to death as a result of Israel's siege on Gaza.

His father, who works as a legal adviser in the economy ministry, noted Ahmed's health had been in jeopardy since infancy.

"From his very early days, Ahmed suffered from a faulty heart that required several major procedures and frequent visits to hospitals in Israel and the West Bank for follow-up," Hassan said, noting that the procedures included a successful artificial heart valve implantation in 2007, after which Ahmed was able to lead a fairly normal life.

"He loved swimming. The beach was his favourite getaway," Amal, Ahmed's mother, told Al Jazeera. "He was smart and excelled in class. His dream was to be able to help sick children with conditions like his, so he studied hard to be able to join medical school and, hopefully, to one day become a heart surgeon."

But in late 2015, Ahmed's condition started to deteriorate.

"My son's heart was failing again, and doctors told us that he needed to replace the heart valve that he had installed nine years ago," Amal said.

Doctors at the Tel Hashomer Medical Centre in Jerusalem reached the same conclusion, and a date was set for the operation in early 2016. Ahmed and his mother went through the usual process of applying for permission to travel to Jerusalem through Erez.

But the desperately needed clearance was not granted. Instead, in late February, Amal was summoned to Erez for an interview. She had little choice but to comply.

After showing up at the specified time, Amal was presented with a difficult choice.

"They [Israeli intelligence] told me that they were going to grant Ahmed access to medical treatment in exchange for my collaboration," she said. "I said that I won't help them take other people's lives to save my son's."

Amal says that she was then warned by the intelligence officers that her decision would affect her son's prospects of treatment - but the family persisted. "We applied again, but ... they kept telling us that the application was still going through a background check."

Months later, an answer finally came. "We received a call from the liaison office on November 3 telling us that the Israelis wanted to interview Ahmed at Erez," Hassan said.

Two weeks later, Hassan watched as Ahmed disappeared into the long corridor leading from Gaza to the Israeli side of the Erez crossing.

"I waited for 12 hours. When Ahmed came out later, he looked exhausted and he was afraid. The Israeli officers took away his possessions and medication and kept him waiting in an empty room for 10 hours before he was interviewed," Hassan said.

During the interview, Ahmed received the same offer that Amal had rejected months earlier, his family said.

"He told them that he was just a sick boy hoping to get treatment, and that he spent most of his life between hospitals and knew nothing about the names or whereabouts of Palestinian militants," Hassan said. "He never posed a threat to anyone in any of his previous treatment trips; he told them that, but this was not what they wanted to hear, so they sent him back and told him that he will die in Gaza."

Ahmed's health deteriorated rapidly over the following two months. His breathing became shallower as fluids accumulated in his lungs and body, until he could breathe no more. He died on January 14, 2017.

Ahmed's death devastated his family and friends, especially his 15-year-old brother, Ali, with whom he shared a room.

"I watched him every night, fighting for every breath as he got worse," Ali told Al Jazeera.

Before he died, Ahmed told his parents that the Israeli officers had asked him one final question during his interview: "They asked him, would he treat Jewish children seeking to receive treatment in Gaza, should the situation be the other way around? His answer was a straight yes," Amal said.

Ali says he now wants to become a heart surgeon, to fulfil his brother's dream.

Two weeks after Ahmed's death, the family received a phone call from an Israeli liaison officer, informing them that Ahmed and his mother had been granted permission for travel. For Amal, the phone call was too much to bear: "They won't respect our grief."

For Hassan, Ahmed died with dignity and honour, refusing "to spy for the enemy to save his own life".

"No one his age should face such a terrible choice," Hassan said, "but Ahmed made the right call."

Family mourns death of 17-year-old Ahmed Shubair, after Israel refused to let him leave Gaza for an urgent medical procedure.