The concept of prophethood in Islam 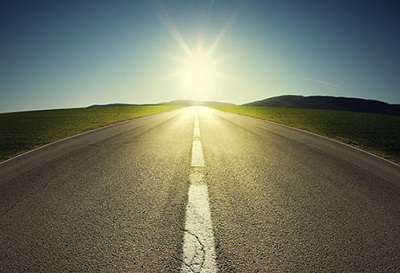 1765 0 0
Prophethood is a high honor, an arduous and prestigious assignment, a refined status, and a great bounty that Allah the Exalted, bestows on whomever He chooses of His Slaves. He Says (what means): {Those were the ones upon whom Allah bestowed favor from among the prophets of the descendants of Adam and of those We carried [in the ship] with Noah, and of the descendants of Abraham and Israel, and of those whom We guided and chose.} [Quran 19:58] It is a divine bestowal of honor conferred by Allah the Exalted, on whomever He wills of His slaves; He Says (what means): {Allah is most knowing of where He places His message.} [Quran 6:124]
The importance of this article lies in the need to understand the nature and meaning of prophethood, the difference between it and messenger-hood, and when a Prophet is commissioned as a Messenger and when he is not a carrier of a divine message but is rather sent to remind people of a past divine legislation conveyed by a pervious Messenger? In other words, what are the points of convergence and divergence of Nubuwwah (Prophethood) and Risalah (Messenger-hood).
Definition of prophethood linguistically and in Islamic terminology
The Arabic word Nubuwwah is derived from the word Naba’, meaning to inform. It also denotes loftiness and highness, and every Messenger is a Prophet. The Arabic word Rasool (Messenger) is derived from Irsaal, meaning to direct and send.
In Islamic terminology, the scholars held different opinions regarding the meaning of the term, and these opinions are as follows:
First: there is no difference between a Prophet and a Messenger; the two terms are rather synonymous. The term ‘Prophet’ is used in reference to an individual whom Allah has chosen to warn his people, whereas the term ‘Messenger’ is used in reference to him in respect to the task of conveying and transmitting the divine message that is assigned to him. It is a weak opinion, though, as stated and explained by Al-Qadhi ‘Iyadh

.
Second: A Prophet is not commanded to convey the divine message to his people, whereas a Messenger is the one who is commanded to convey the Sharee‘ah (divine law) to his people (i.e., he is a law-bearing Prophet). This opinion also contradicts the relevant evidence, for both Prophets and Messengers convey the divine message of Allah the Exalted.
Third: this is the opinion of the majority of scholars, and we hold it as the most preponderant one, that a Messenger is the envoy of Allah who is sent to a given people with a new divine message and new legislation, whereas a Prophet is the one who is sent to remind his people of a previous divine message. Thus, we can say that every Messenger is a Prophet, but not every Prophet is a Messenger.
The role of the Prophets of Allah:
The role of the Prophets, may Allah exalt their mentions, is to communicate the divine revelation they receive from Allah, call to worshiping Him, enjoin good, forbid evil, establish pure Tawheed [(Mnotheism) belief in Allah as the only Deity without any partners], refute Shirk (associating partners with Allah in worship) and destructive doctrines, guide their people to what is beneficial for them in the worldly life and the Hereafter, warn them against their fate after death (were they to adhere to disbelief), inform them of the purpose of their creation and their relationship with the universe, and answer the existential questions posed by human beings, such as, to mention only a few: ‘What is this world? What is a human being? Where did they come from? Who created them? What is the purpose of their existence? What is death? What future awaits us after this worldly life?’

Essential attributes of the Messengers, may Allah exalt their mentions:

There are essential attributes that must be found in the Messengers, may Allah exalt their mention, and they are delineated below:

Masculinity: A Messenger must be a male, because the duties of Prophethood are momentous and the Prophets of Allah need psychological and physical preparedness to be able to confront the polytheists. They also need strength in character, endurance of harm, and resilience to overcome the hardship of the Da‘awah (call to Tawheed). On the other hand, women are innately delicate beings, inclined to kindness and tenderness, so it is not befitting for them to shoulder the arduous duties of Prophethood. In addition, all the Prophets mentioned in the Quran and the Sunnah (Prophet's teachings) were men, and there is no known evidence indicating that there was a female Prophet; the relevant texts rather mentioned ‘righteous devout’ women.

Truthfulness: It means telling the truth with regard to conveying the revelation of Allah the Exalted, and in all their speech in general. This is because they were endowed with the best moral characters, and were they characterized by lying, people would not have believed them, for the ultimate purpose of Prophethood is conveying the divine message of Allah the Exalted, to His slaves and were the conveyor’s truthfulness and reliability to be challenged, this would extend, in turn, to the divine message conveyed by him and the moral values he is promoting.

Infallibility and other virtuous qualities: The Prophets of Allah should be infallible with regard to conveying the divine revelation, on the one hand, and shielded against major sins and destructive misdeeds on the other hand. This is achieved by guarding their inward and outward characters from (sinful) whims and desires, for they are the role models for the believers and the embodiment of the religion and its moral values. It was narrated on the authority of Qatadah

that he said: “I asked ‘Aa’ishah about the moral character of the Messenger of Allah

and she said: ‘His moral character was (an embodiment of) the Quran.” [Muslim]

said: “These moral qualities were inherent in the very nature and innate disposition of the Prophet

. He did not embody them later on in his life by means of acquisition (cultivation) or exercise, but were rather bestowed upon him by the divine grace as peculiarities, and the same is true of all the Prophets of Allah.”

Conveying of the divine message (Tableegh): It means communicating all what Allah the Exalted, commanded them to communicate to people. It is inconceivable that they should conceal anything of the divine revelation from their people, even if it conflicts with the common practices and customs of their people or provokes the criticism of people with distorted dispositions and deviant minds.

Sagacity: It means intelligence, good discernment, acumen, and the ability to mount cogent arguments. The Messengers were sent to edify their people on the truth through argument and guide them to the straight path, and this inevitably involves engaging in discussions and debates with them to discredit falsehood, clarify its faultiness to people, and establish the irrefutable proofs for the disbelievers beyond the excuse of ignorance.

The inconceivable traits with respect to Messengers:

In general, it is inconceivable that they should be characterized by the opposite of the above-mentioned required qualities, such as: the concealment (of the divine revelation), dullness, injustice, betrayal, and treachery. The basic principle in this regard is that an individual who is entrusted with conveying the divine message of Allah the Exalted, should display befitting human perfection commensurate with his refined status and the honor of the divine message whom he is enjoined to convey. This also entails his infallibility with regard to whatever necessitates challenging his truthfulness or possessing bad qualities that entail losing people’s confidence and respect.

The conceivable qualities with respect to Messengers:

It is conceivable to attribute to the Prophets of Allah any human characteristic that is not related to the conveying of the divine message, such as: sleep, hunger, thirst, sickness, and forgetfulness – except with regard to the divine revelation – walking about in marketplaces, distractedness, and fear for his Ummah (Nation), for his message, and for the fate of his people. Sociologically, since a Prophet of Allah is a human being, all the human characteristics apply to him, and this urges his followers to follow his example and be informed by his Sunnah, unlike the case if he is an angel endowed with supernatural abilities that are not given to human beings, and accordingly is not subject to the same norms (regulating human behavior). This would have driven people to give in to laziness and led to the absence of a good example and role model who translates in his words, deeds, and life interactions with his people, wives and descendants what the true Sharee‘ah is calling for.

Thus, dear reader, you realize that the concept of Prophethood in Islam is very simple, perfectly logical, easily understood, free of ambiguity, and conforms with sound human dispositions and minds, unlike many religions that attributed to their Prophets momentous matters and grave destructive sins.

Miracles of the Prophets of Islam

The need for Prophets- II

The Need for Prophets - I

The concept of prophethood in Islam

Prophethood is a high honor, an arduous and prestigious assignment, a refined status, and a great bounty that Allah the Exalted, bestows on whomever He chooses of His Slaves. He Says (what means): {Those...More