The Prophet’s Biography Proves the Truthfulness of Islam 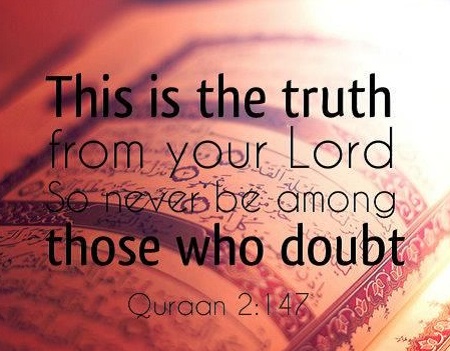 comprehensively from all aspects, while breaking free from the fetters of personal bias, he will definitely conclude that such a great man cannot be but a Prophet who received revelation and a Messenger from the Lord of the Worlds.

This comprehensive examination can be done by two means:

First: A detailed exploration of his biography, probing into his life at times of peace and war, prosperity and distress, health and sickness, residence and travel, his private domestic life and public social life ... etc.

Whoever probes deeply into these vital aspects of his life, assuming the role of a vigilant observer while considering the subsequent events, will inevitably conclude his Prophethood and deduce that he was not merely a great man but rather a Messenger of Allah entrusted with the divine revelation.

Second: Reflecting on some of the abundant signs and miracles with which Allah, The Exalted, aided him and which could only be possible by some form of divine intervention in violation of cosmic laws and norms.

As for the first means, there is no room here for a detailed account of the biography of the Prophet

because this would entail narrating the contents of one of the reliable books on his biography, with a special emphasis on refuting any fabricated Ahaadeeth. As for the second means, there are many books penned by the scholars to discuss the evidence proving the Prophethood of Muhammad

. However, we may address the first means in brief points, for those endowed with sound minds to draw lessons therefrom:

says: “The evidence proving the truthfulness of the true Prophet of Allah and the falsehood of the false claimant of Prophethood are quite many. A true Prophet of Allah is one of the best people who are endowed with the most perfect shares of knowledge and religiosity. No one is better than the Messengers and Prophets of Allah, may Allah exalt their mention, though some of them surpassed the others in status, as Allah, The Exalted, Says (what means): {Those messengers - some of them We caused to exceed others.} [Quran 2:253] He also Says (what means): {We have made some of the prophets exceed others [in various ways].} [Quran 17:55]

On the other hand, a false claimant of Prophethood is one of the most wicked and evil people; Allah, The Exalted, Says (what means):

It was narrated on the authority of ‘Abdullah ibn Mas‘ood, may Allah be pleased with him, that the Prophet

Since truthful people are at the highest degrees of righteousness while liars are at the worst levels of wickedness, there is an enormous amount of differences between them and proofs that indicate the truthfulness of the first category and the lying of the second that are perceptible to everyone who knows about them. Therefore, the signs and proofs indicating the truthfulness of the true Prophets of Allah were plentiful and varied, and so were the signs and proofs indicating the lying of the false claimants of Prophethood.” [End of quote, from Al-Jawaab As-Saheeh Liman Baddal Deen Al-Maseeh]

I quoted the statement in full given its importance in clarifying the meaning. If we wish to put it in a nutshell, let us reflect on the following example: a person can easily distinguish between the brightness of day and the darkness of night even if he has weak eyesight. Similarly, distinguishing between a true Prophet of Allah, who has attained the perfection of righteousness, and a false claimant of Prophethood, who is at the worst levels of wickedness, is a generally easy matter for most people, regardless of their levels on the scales of culture and knowledge and their shares of intelligence and understanding.

Let us ponder over some examples of such testimonies, briefly highlighted below, to clarify this point.

Washington Irving said: “The actions of the Messenger after the triumphant conquest of Makkah clearly indicated that he was a sent Prophet rather than a victorious military commander!”

Regis Blashir said: “There were interrelated reasons for the triumph of Islam, the foremost of which were the Quran, the Sunnah, the religious situation of the Hijaaz then, and the truthfulness, honesty, and trustworthiness of the man who was sent to communicate the message that was revealed to him.”

Marcel A. Boisard said: “Muhammad was a Prophet, not a social reformer. His message triggered fundamental changes in the existing Arab society then and their effects are still perceptible in the contemporary Islamic society.”

Emile Dermenghem said: “Muhammad had a son with Maariyyah Al-Qibtiyyah (the Coptic), and his name was Ibraaheem, who died as a child. The bereaved father was deeply saddened by his death. He buried him with his own hands and wept over him, and the sun eclipsed on that day. So, people said that the sun had eclipsed because of the death of Ibraaheem, but Muhammad graciously refuted their claim and said: ‘The sun and the moon are two signs from amongst the signs of Allah. They do not eclipse for the death of anyone.’ Such a statement cannot be made by a lying charlatan.”

Let us contemplate the statement of Al-Samawal Al-Maghribi, a Jew who converted to Islam. He penned a book entitled Bathl Al-Majhood Fee Ifhaam Al-Yahood in which he said, while delineating the reasons for his conversion to Islam: “I sought the authentic (historical) accounts … I read about the detailed life-story of the Prophet and his battles, the miracles with which Allah aided him, the supernatural abilities that he was granted, the victory and support with which he was blessed in the Battles of Badr, Khaybar, and others, the story of his childhood as an orphan, the miraculous triumph over the Persians and the mighty Rostam who were backed by a huge army of thousands of strong soldiers at the hands of a small weak army led by Sa‘d ibn Abu Waqqaas, the conquest of Al-Mada’in (capital of the Sasanian Empire) during the reign of King Khusraw I, the serious defeat of the Roman forces at the hands of Abu ‘Ubaydah ibn Al-Jarraah ...”

As for the present day and age, there are numerous Muslim preachers who base their efforts in calling to Islam on the exploration of the Prophet’s biography.

As underlined above, the secret lies in the fact that when a person breaks free from the fetters of personal bias, he can easily distinguish between a great good and a great evil. No one would confuse the superiority of honey over poison, or that of milk over wine, even if he chooses for himself to follow evil. If he is not insane, he can easily distinguish between clear truth and clear falsehood. If he is wise, he will take the side of the truth, otherwise he will follow his personal inclination and choose falsehood. Herein lies the ultimate test for mankind. In light of this meaning, you get to understand the words of Allah, The Exalted, comforting His Prophet (which means): {We know that you, [O Muhammad], are saddened by what they say. And indeed, they do not call you untruthful; but it is the verses of Allah that the wrongdoers reject.} [Quran 6:33]

If you were a university student at the prime of your life, then you would know that most students could easily distinguish between a proficient professor and one who was merely dishing out information to them without having a profound understanding of his subject. Likewise, it is easy for lay people, relying on their pure natural disposition, to distinguish between good and evil in general, between a truthful person and a liar, between a dexterous physician and a charlatan, between a knowledgeable person and an ignorant one, and between a pious person and an evildoer. A wise person will not be confused with greater reason, and he can distinguish between a true Prophet of Allah conveying the divine revelation and a false claimant of Prophethood fabricating lies about Allah, since the difference between the two is manifest, as stated in the words of Ibn Taymiyyah cited above. This explains to you why people embraced Islam and entered into the true religion of Allah in multitudes, and many of them did not even ask the Messenger of Allah

to bring forth special proofs and signs, but simply listened to what he had to say, or observed his actions, or learned about his life, or witnessed firsthand his blessing, and they were accordingly guided by the shining signs of truth that illuminated their path.

You should know this man

Was Muhammad a true prophet

Prophet Muhammad and polygyny - I