Allah The Almighty Says (what means): "And the heaven He raised and imposed the balance. That you not transgress within the balance. And establish weight in justice and do not make deficient the balance.”[Quran 55:7-9]

These verses of the Quran, which are mentioned in the chapter Ar-Rahmaan, or “(God) the All-Merciful” stand out in their emphasis of the importance of justice because they unite justice with the important theological principle of Allah’s Khalq and Amr or His “Creation and Command.” These verses make justice both the basis of the creation and its source of continuity (by commanding justice). This is true because, in essence, the balance is the symbol of justice and its means of realization at the same time.
Heavens and earth were originally created with justice in a balanced way and they can only (or were meant to) continue with it. Muslims accepted this magnificent guidance and ultimate value of life, more than 1400 years ago. The great Commentator of the Quran, Imaam Abu Ja'far At-Tabari (d. 310 AH) expounded the aforementioned verses, saying, “Allah created Heavens and Earth by (and in) justice so that all things in them exist (and interact) by (and in) justice.”
And there is not a single nation, past or present, but that it has asserted its claims of honoring justice and being just. Yet, the justice they claimed, at times, meant nothing more than what the “powers that be” wanted. Or sometimes justice represented what is recognized and utilized by a majority or a certain religion or ethnicity. What humans mean by justice, in other words, may differ in its meaning and means from one nation to another. It is interesting to note that Socrates (killed in 339 BC) defined justice as the, “Will of the powerful,” and it is also interesting that this applies the vast majority of the time in situations when religious values are absent or weak. It is even more interesting that some of the theories man has, overtime, developed using ‘rationality' and empiricism, and which exceedingly tilt the balance of justice in favor of the powerful or the rich, still flourish in modern times and continue to find advocates or even unabashed supporters who will kill or die for them.
In one of the 100 or so verses which deal with theessentials of justice and fairness, the Quran tells us of this perversion of justice that sometimes occurs in the course of human events. Verse 25 of the chapter (57) Al-Hadeed, “the Iron,” pregnant with meanings and profusely poignant, lay bear the reality about the roots of injustice among people. Many people mention being motivated by hearing this verse recited just once. Allah Says (what means): “We have already sent Our messengers with clear evidences and sent down with them the Scripture and the balance that the people may maintain [their affairs] in justice. And We sent down iron, wherein is great military might and benefits for the people, and so that Allah may make evident those who support Him and His messengers unseen. Indeed, Allah is Powerful and Exalted in Might.” [Quran 57:25] So many points of benefit, so much to learn and live by. For one, the balance of justice is mentioned along with the Books, guidance from Allah, to indicate that true justice needs a compass to save itself from relativism and free judgment from personal drive. This also means that the interpretation of Allah’s Guidance must be free from whims and ignorance, and this effort to free one’s self from whims and ignorance is what Muslim scholars—who are the interpreters of Allah’s Final Message— term Ijtihaad. The point is that Allah’s Guidance entails that only people of knowledge who are able and honest may interpret Divine texts. Ignoring this prerequisite has led—in many times and places—to gross justifications and evil consequences. Without this guidance, man has done enough to give Socrates’ definition of justice precedence over any other.
Another point worthy of our attention here is the fact that Allah is reminding us that He has provided the messengers with iron to go along with the guidance and the command to establish justice. Man has known, for untold centuries, that he cannot institute justice in almost any walk of life, or protect justice whenever needed, without the power of iron.
But the intent of the message of this verse is unambiguous. Allmessengers from Allah, who were sent to various nations throughout history, came with the very same message.
The implication of this is so profound, especially for today’s Muslims.
We must acknowledge and respect that loving and establishing justice is a human trait, not an attribute of the Muslim Ummahalone. In fact, our scholars have long asserted, based on the aforementioned verses among many others, that Allah grants supremacy to a just government or nation even though it may be disbelieving, and He takes away supremacy from an unjust government or nation even though it may be believing. This is how just the Islamic worldview is.
And a Muslim would not be completely truthful to his belief without accepting this view. Muslims should support justice and those who seek it and they should feel happy every time justice triumphs.
But judging by the current situation of most Muslim countries and communities around the world, itis not difficult to see that we have strayed from justice.
To lure itback home, we need to mend our ways and make them coincide with the guidance of our Kitaab (the Quran) first. 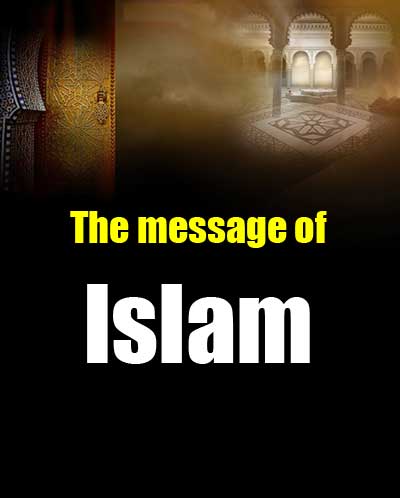