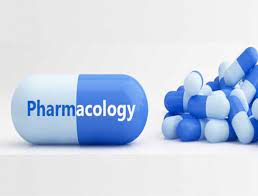 Muslim pharmacy (Saydalah) as a profession and a separate entity from medicine was recognised by the beginning of the ninth century. This century not only saw the founding and increase in the number of privately owned pharmacy shops in  and its vicinity, but in other Muslim cities as well. Many of the pharmacists who managed them were skilled in the apothecary's art and quite knowledgeable in the compounding, storing, and preserving of drugs. State-sponsored hospitals also had their own dispensaries attached to manufacturing laboratories where syrups, electuaries, ointments, and other pharmaceutical preparations were prepared on a relatively large scale. The pharmacists and their shops were periodically inspected by a government appointed official, 'Al-Muhtasib', and his aides. These officials were to check the accuracy in weights and measures as well as the purity of the drugs used. Such supervision was intended to prevent the use of deteriorating compounded drugs and syrups, and to safeguard the public.      This early rise and development of professional pharmacy in Islam - over four centuries before such development took place in  - was the result of three major occurrences: the great increase in the demand for drugs and their availability on the market, professional maturity, and the outgrowth of intellectual responsibility by qualified pharmacists.      The ninth century in Muslim lands witnessed the richest period thus far in literary productivity insofar as pharmacy and the healing arts were concerned. This prolific intellectual activity paved the way for still a greater harvest in the succeeding four centuries of both high and mediocre calibre authorship. For pharmacy, manuals on materia medica and for instructing the pharmacist concerning the work and management of his shop were circulating in increasing numbers. A few authors and their important works will be briefly discussed and evaluated.

Hunayn was a Nestorian Christian who studied medicine in Baghdad and became well versed in ancient Greek. He was appointed by Caliph Al-Mutawakkil to the post of chief physician to the court, a position that he held for the rest of his life. He travelled to Syria, Palestine, and Egypt to gather ancient Greek manuscripts. From his translators' school in Baghdad, he and his students transmitted Arabic and (more frequently) Syriac versions of the classical Greek texts throughout the Islamic world. Especially important are his translations of Galen, most of the original Greek manuscripts of which are lost.

Hunayn's book of the Ten Treatises on the Eye was completed in 860 AH. After finishing the ninth treatise, the author felt the need for a closing treatise to be devoted to compounded drugs for eye medication. He extracted some recipes from earlier treatises and added more prescriptions recommended by Greek authors.

As one obvious example of the uses and therapeutic values of using compounded drugs, Hunayn gave that of the theriac - the universal antidote against poisoning. Hunayn, who knew Greek, defined the Greek word theriac as an animal that bites or snaps. Since these antidotes were used against animal bites, the word eventually was applied to all antidotes, especially when snake flesh was incorporated. Hunayn corrected the translation in Arabic of the major part of Dioscorides', Materia Medica, undertaken by his associate Istifaan bin Basil (about mid ninth century) in Baghdad. Due to the influence of this work, several books of materia medica were written in Arabic. Dioscorides definitely influenced the writing and direction of Sabur's formulary, which has been mentioned earlier. Hunayn’s Herbal Treatise established the basis for Arabic pharmacology, therapy, and medical botany. It also provided a description of the physical properties of drugs, types, and means of testing their purity, and usefulness. As a result, Muslim pharmacology advanced beyond the Greco-Roman contribution. In turn, this helped and influenced a similar development in Europe through the Renaissance.

Muslim pharmacy (Saydalah) as a profession and a separate entity from medicine was recognised by the beginning of the ninth century. This century not only saw the founding and increase in the...More