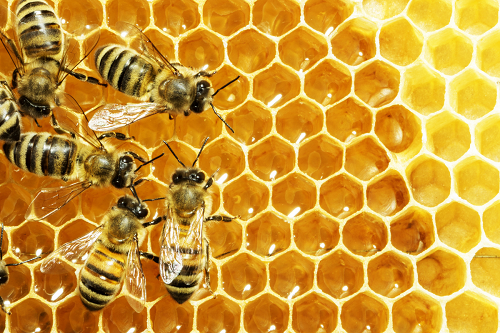 Honey is a sweet and viscous fluid produced by honeybees from the nectar of flowers. "The definition of honey stipulates a pure product that does not allow for the addition of any other substance. This includes, but is not limited to, water or other sweeteners," according to the United States National Honey Board 2003 and other nations' food regulations. Honey is significantly sweeter than table sugar and has attractive chemical properties for baking. Honey has a distinctive flavor which leads some people to prefer it over sugar and other sweeteners.

Liquid honey does not spoil. Because of its high sugar concentration, it kills most bacteria by crenation. Natural airborne yeasts cannot become active in it because the moisture content is too low. Natural, raw honey varies from 14% to 18% moisture content. As long as the moisture content remains under 18%, virtually no organism can successfully multiply to significant amounts in honey, though, importantly, enough bacteria survive to make honey dangerous for infants (especially Clostridium botulinum).

The study of pollens and spores in raw honey (melissopalynology) can determine floral sources of honey. Because bees carry an electrostatic charge, and can attract other particles, the same techniques of melissopalynology can be used in area environmental studies of radioactive particles, dust, or particulate pollution.

A main effect of bees collecting nectar to make honey is pollination, which is crucial for flowering plants.

More than 1400 years ago Allah and His messenger

told us that honey can heal a variety of medical problems.

Allah Says (what means): "And the Lord inspired the bee, saying: Take your habitations in the mountains and in the trees and in what they erect. Then, eat of all fruits and follow the ways of your Lord made easy (for you)'. There comes forth from their bellies a drink of varying colors wherein is healing for men. Verily in this is indeed a sign for people who think." [Quran 16:68-69]

has also told us of the healing found within honey for a variety of medical problems, including stomach ailments. It is reported by Al-Bukhari

that a man came to the Prophet

because his brother had a stomach disorder. The Prophet

said: "Let him drink honey." The man returned a second time complaining that no improvement happened in his brother’s case, and again the Prophet

responded: "Let him drink honey." The man returned again, and said: "I have done that but to no avail." Thereupon the Prophet

responded: "Allah has said the truth, but your brother's stomach has told a lie. Let him drink honey." He drank it and was cured.

It is also reported that the Prophet

said: "Make use of the two remedies: honey and the Quran." (At-Tirmithi)

Modern medicine has only recently discovered the fact that honey is a remedy to many diseases. Traditional uses of honey have included honey mixed with lemon for sore throats. Honey coats the throat and reduces throat irritation. Research has already shown that honey blocks the growth of oral bacteria.

Honey has also been used for stomach pains and problems. Modern research shows that honey is effective when used in the treatment of gastric or peptic stomach ulcers. Research has also revealed that honey is effective in the treatment of various wounds and infections because of its antimicrobial (antibacterial, antiviral and antifungal) properties.

Researchers are not absolutely sure why honey heals but they are learning new things about honey everyday. As mentioned in the beginning, honey contains a variety of sugars and minerals. Honey is also considered an antioxidant. This means it allows the blood to circulate better and provide more oxygen to areas of the body such as the brain.

Honey can also be used externally to promote healing when applied to wounds, even postoperative wounds. Honey has also been effective in its use to treat burns. It has even been shown to be low in calories and useful as a sweetener for diabetics, people with heart disease or those overweight.

Although there is healing in honey for a variety of medical disorders, certain precautions should be taken:

1-     Children under the age of one year should not be given honey due to the possibility of infant botulism. This type of food poisoning can be deadly, however, it only seems to affect infants under one year of age.

2-     If you have any known allergies to specific plants, then you should make sure the honey you are using is not produced from that plant.

3-     People with allergies to bee stings should be careful when using other bee-related products such as propolis or royal jelly.
However, if these precautions are followed, then honey may, Allah willing provide healing for you.

Muslims acknowledge and accept that Allah and His Prophet

know better and that our Creator Has revealed the truth. Therefore, we study the research that is available, not to confirm or deny the truth that has been revealed by Allah and his Prophet

but to learn of new ways we can use honey.

The Expansion of the Universe in the Quran 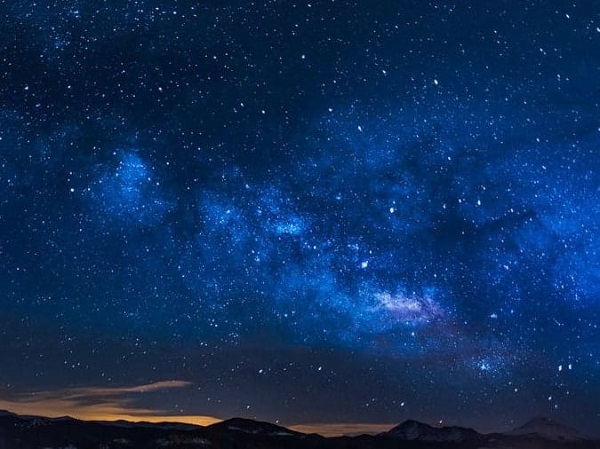 2.Cosmology: Allah Says (what means): "Have not those who disbelieve known that the heavens and the earth were joined together as one united piece, then We parted them. And We have made from water...More