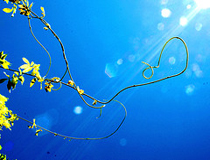 • {And We have enjoined on man (to be dutiful and good) to his parents[...] But if they (both) strive with you to make you join in worship with Me others that of which you have no knowledge, then obey them not, but behave with them in the world kindly...} [Quran 31:14-15]

• {And your Lord has decreed that you worship none but Him, and that you be dutiful to your parents. If one of them or both of them attain old age in your life, say not to them a word of disrespect, not shout at them, but address them in terms of honor. And lower unto them the wing of submission and humility through mercy, and say: ‘My Lord! Bestow on them Your Mercy as they did bring me up when I was small.’} [Quran 17:23-24]

Reflecting on these verses show us that listening, obedience, being respectful, lowering one's voice and being merciful and humble are all inter-related qualities -- and they are also the qualities of true believers. These are the qualities which our Muslim communities need the most today, and which we should try to cultivate in ourselves and our children.
If we look around our communities, we find young children are often jokingly called "brats" because of their behavior in public. Perhaps "adorable brats", but brats all the same. There is a regular pattern of their behavior: they are destructive with their own and strangers' property, disrespectful to elders and their peers, loud-voiced and physically and verbally violent towards other children.

Youngsters, who are old enough to understand the importance of listening to their parents and elders, often deliberately disobey or disregard their parents and openly call them "old fashioned". In fact, nowadays parents listen to their children more than the other way around, give in to their demands and overlook their open rudeness and other misbehavior in public.

This reversal of roles is not just bad for the family, in the long run it is bad for the community. Obedience to parents and being dutiful to them is an Islamic duty. Just as we take pains to teach our children other Islamic duties like praying and reading the Qur'an, we must teach them to listen.

First, we must look into the reasons why children disobey their parents.

Most modern working parents are thrilled to have children, but within a short while they abandon them to the care of servants, babysitters or relatives in order to get on with their jobs. Sometimes, both parents are working and when they come back from work, they have neither the energy nor the will to spend quality time with their children or even interact with them in any way.

They are too busy getting on with their life, making money, setting up their businesses, earning promotions and pursuing their career goals to stop and think about how their children are doing. They feel it is enough that the children are being fed and clothed in the best things their money can buy, and expect an affluent lifestyle to somehow make up for parental care.

Their children grow up without any parental figures of authority who can discipline them when they are over-stepping the limits of good behavior. They children only have the servants who they can order around, or the babysitter whose job it is to see that they get through the day without any physical injury. In such cases, the children become their own bosses and try to see how much bad behavior they can get away with. With their parents usually too busy to notice or react, they have unlimited opportunities.

Very soon, the children go from ordering around the servants to being rude and disrespectful to other elders around them (for example teachers in school) and bullying other children their age. By the time their behavior is brought to the parents' notice, it is usually too late. The isolated incidents of bad behavior have become a habit with the child, and they may need the professional help of a psychologist or a child counselor to get over it.

Sometimes a child's disobedience is really a cry for help. The child just wants to grab his parents' attention. The parents may be preoccupied for a number of reasons like a sickness in the family, a new baby or a new job and they might not be able to focus on their children's emotional needs for a while. If the parents don't pay attention to the child like they normally do, the child may try to attract their attention by aggressive behavior, whining or deliberately disobeying the parents' instructions.

Attention-seeking behavior is commonly seen in toddlers and teenagers, because they cannot or don't want to articulate their need for their parent's attention. The only way they can 'force' a parent to pay personal attention to them is by being difficult and disobedient.

In the West, the teenage years are traditionally seen as a time for being rebellious and outrageous. Teenagers are supposed to go against all that is considered normal by society and carry a chip on their shoulder that they are misunderstood and cannot relate to anybody. It is a common idea that their parents cannot relate to them because they belong to another generation.

Muslim children growing up in the West or even in other places influenced by a Western upbringing absorb the same ideas. They too feel that they must rebel against their parents to show that they are different from them and have their own separate identity. It is common to see Westernized Muslim youngsters talking down to their parents, dismissing their opinions and disobeying them in many matters just because they are not Westernized enough, or because they use their teenage years as an excuse for disobedience.

Children fall into bad company and start getting influenced by other children in order to fit in with a group. This can happen at any age, but usually it happens in the pre-teens and teens when they spend more time with their peers at school and college. Peer influences can lead children to dangerous habits and addictions. Under harmful peer influences, children start disobeying their parents and may go to any lengths to 'get in' with the right crowd, even to the extent of doing something immoral or illegal.

At times, a child's disobedient behavior has no other reason than their parents' over-indulgence. Simply put, the child has been spoilt by their parents. The parents may have always listened to and given in to the child's demands even if they were inappropriate or unreasonable. The result is that the parent's words carry no authority for the child. In fact, the child might feel that he is the one exercising authority over his parents and make them jump to his commands, instead of the other way around.

A Practical Program for the Compassionate Mother

Your Angry Child is not Aggressive – II

Your Angry Child is not Aggressive – I