The Signs of Acceptance and Rejection of Deeds 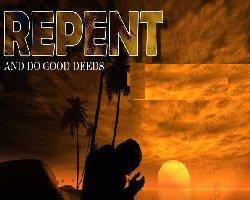 There are several signs that signify whether our deeds have been accepted or rejected by our Lord. The foremost sign of acceptance is to be helped to do good deeds one after the other, whereas the sign of rejection is to do misdeeds after the good deeds. If one returns to his previous state of doing sins, misdeeds, indulgence and negligence, this indicates the rejection of his deeds; and if he, on the other hand, comes to do righteous deeds one after the other, this indicates the acceptance of his deeds. This is because the reward of the righteous deed and the sign of its acceptance is that one is helped to do another righteous deed after it.

True repentance of one's signs is a matter between a person and his Lord and is achieved by the determination to give up sins. It is impossible for one to expect such a precious prize as forgiveness from his Lord while he persists in sins, misdeeds, indulgence and negligence. Who could dare say so?
Similarly, he should give up sins and misdeeds in his dealings with people. That is, to make tolerance, excuse and reconciliation between the believers their slogan, perchance Allah The Almighty would excuse them, and accept their repentance, which makes them acceptable to Allah The Almighty. On the middle night of Sha‘baan, Allah The Almighty does not forgive the sins of two people who have disputes between them. Thus, it is more likely that this is a condition for the forgiveness and the acceptance of the deeds of the one who fasts Ramadan, stands (in prayer at night of) Ramadan, and stands (in prayer) the Night of Al-Qadr, otherwise when his deeds will be brought to be raised to Allah, He will Say: "Postpone those until they settle their disputes." [Muslim]
They will not be forgiven until they settle their disputes, reconcile and return to mutual tolerance whereby their deeds will be concluded on this day.
It is a very short time from the beginning of Ramadan until it ends. It is very short-lived, just like the entire world, as mentioned by Allah The Almighty who will ask people in the Hereafter Saying (what means):
When the Day of Judgment comes, he feels as if he has spent almost no time in this world, just like the month of Ramadan, if not the entire world, the time between whose beginning and end is very short. If they come to Allah The Almighty, they will be in the same state, as if they have spent almost no more than a night or its forenoon, as confirmed by Allah The Almighty in His saying (what means): {He will say, "You stayed not but a little - if only you had known.} [Quran 23:114]
This day is only one, and tomorrow one may be with Allah The Almighty as He Says (what means): {O you who have believed, fear Allah. And let every soul look to what it has put forth for tomorrow - and fear Allah. Indeed, Allah is acquainted with what you do.} [Quran 59:18]
The lesson to learn here is to know that one's life passes too quickly for him to feel it. Thus, the believers, in the days of Ramadan must contemplate how quickly the life of this world passes, and the Hereafter comes, and become from those who are devoted to the Hereafter, and prepare enough for it throughout the year. No doubt, the Lord of Ramadan is the same Lord of Shawwaal and Sha‘baan and all the months of the year, and those months pass very quickly as Ramadan does.

A Gate in Paradise for Those who Fast

The Blessed Times when Supplications are Accepted