Countering Evil with a Better Deed 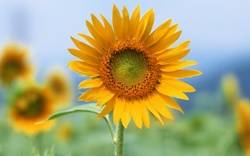 Interacting with others in life is necessary, as a person is surrounded by neighbors, relatives and colleagues in institutions of study and workplaces. Due to this dealing with different types of people, it is natural to be made susceptible to harm from some of them. Suppose that every such act one is subjected to, is met by an evil one in its like, in return; regardless of whether this harm is slight or great, or intentional or not, the communities would turn into a jungle. People will abandon good traits and live without regulations or rules. To prevent the Muslim community from this detestable scenario, Allah The Almighty commanded His believing slaves to resist evil with something good, when He Says (what means): {And not equal are the good deed and the bad. Repel [evil] by that [deed] which is better; and thereupon the one whom between you and him is enmity [will become] as though he was a devoted friend.} [Quran 41:34]

Undoubtedly, the ultimate act that is superior to countering evil with its like, is to pardon and be compassionate, or at the least, to turn away and avoid further embroiling oneself. Dear brother and sister! By adopting this noble moral, you are safeguarding your own self-respect and rationality. Therefore, you have to keep yourself away from the provocation of foul people in order to be one of the true servants of Allah The Almighty. He describes them Saying (what means):
·        {And they who turn away from laghw (anything from falsehood, and that includes association, other minor sins and all useless speech, actions and concerns; furthermore, busying oneself with that which does not concern him is included).} [Quran 23:3]
·        {And when they hear ill speech, they turn away from it and say: "For us are our deeds, and for you are your deeds. Peace will be upon you; we seek not the ignorant."} [Quran 28:55]
·        {And when the ignorant address them [harshly], they say [words of] peace.} [Quran 25:63]
When one treats an abuser in a wholesome manner, he or she would suppress his or her anger, thereby becoming one of those whom the Prophet,

, referred to when he said: "He who stifles his rage while he is able to give vent to it, Allah will summon him in front of all people on the Day of Resurrection and let him choose from the Hoor (maidens of Paradise) as he pleases."
Furthermore, one of the greatest benefits of repelling evil with a better deed is that the enemy who wants to inflict harm and evil, often converts into a defending supporter and a devoted friend. There is a wondrous magic in good manners that it can be more influential than physical force and vengeful will. Thus, antagonism changes into a different sentiment, as Allah The Almighty Says (what means): {Repel [evil] by that [deed] which is better; and thereupon the one whom between you and him is enmity [will become] as though he was a devoted friend.} [Quran 41:34] That is why Ibn ‘Abbaas, may Allah be pleased with him, advised: "Use your forbearance to ward off the ignorance of those who harm you with [that trait of theirs]."
We have observed the best of all creatures, Muhammad,

. One of them was insulted by someone once, so he said to him: "If you are mistaken, I ask Allah to pardon you; and if you are correct, I ask Him to forgive me."
Although we are all required to adopt this trait, a person in a position of power is worthier of doing so more than others. That is why among the final instructions of the Prophet,

, before his death, was: "Whoever is given authority over something in the Ummah of Muhammad and has the power to harm or bring benefit to anyone, then he should reward those who do good and pardon those who commit evil." In his,

, life, a man once came to him complaining about his servant, saying: "I have a servant who is a wrongdoer and an oppressor. Should I beat him?"The Prophet,

, said: "Forgive him as much as seventy times per day."
Also, a person whose relatives treat him unjustly is particularly in need of this quality. He or she should not meet their ill behavior with evil in return; rather, he or she has to pardon, forgive and increase in compassion. It was narrated that a man came to the Prophet,

, replied: “No, then you would all be sinners; rather, you should be better and maintain the ties of kinship and as long as you are in that state, you will have a protector and supporter appointed from Allah with you.'"
Repelling vice with a better deed is the remedy that restores damaged social relations. It reforms what has been corrupted and renews that which is effaced. With this treatment, the manifestations of goodness are revived, people race each other in virtuous acts, the gates of iniquity are blocked to Satan and evil does not find any means to spread. Instead, beneficence will prevail and the motives and consequences of vice will be eradicated.