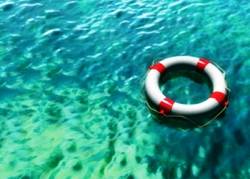 Steadfastness in faith has been mentioned on more than one occasion in the Noble Quran and the Sunnah (Prophetic tradition). Allah the Exalted, enjoined the Muslims to be upright in their religion, praising the steadfast people and promising them generous rewards.

For instance, Allah the Exalted Says (what means): {So remain on a right course as you have been commanded, [you] and those who have turned back with you [to Allah], and do not transgress. Indeed, He is Seeing of what you do} [Quran 11:112]

Allah the Exalted also Says (what means): {Indeed, those who have said: "Our Lord is Allah" and then remained on a right course – the angels will descend upon them, [saying], "Do not fear and do not grieve but receive good tidings of Paradise, which you were promised} [Quran 41:30]

once asked the Prophet

to tell him some concise words about Islam so that he would not need to ask anyone else. The Prophet

said: “Say, ‘I believe in Allah and then hold on firmly to the straight path.’”

said: “(Try to) keep to the straight path although you will not be able to do so completely; and know that the best of your deeds is prayer, and only a (true) believer maintains his ablution.”

The meaning of uprightness:

Being upright in religion means adopting a moderate approach in showing obedience to Allah the Almighty, abiding by His Sharee'ah (Islamic law) and remaining on the right path regarding His Oneness. Hence, being upright in religion means adhering to the orders of Allah the Almighty in terms of His Oneness, devoting all acts of worship sincerely to Him only, as well as observing refined manners and the Islamic moral code in one's relationships with other people and in all one's deeds.

Uprightness is the path to salvation:

Scholars clarified that being upright in religion means being straightness; the Arabic word 'Mustaqeem' means straight, without any curves. Allah the Almighty Says (what means): {And, [moreover], this is My path, which is straight, so follow it; and do not follow [other] ways, for you will be separated from His way} [Quran 6:153]

Uprightness and the allies of Allah the Almighty:

Prominent scholars defined uprightness differently, yet all the definitions share the same meaning:

was asked about uprightness, he answered, "It means not to associate partners with Allah."
2- ‘Umar

defined it as follows, “To be upright in following the orders of Allah the Exalted and avoiding the prohibitions and not to elude others like a fox."
3- ‘Uthman

said in this regard, "Uprightness means devotion to Allah; offering all acts of worship with full sincerity to Allah."
4- ‘Ali

defined uprightness as follows, ”It means carrying out the obligatory acts of worship”.
5- Al-Hasan Al-Basri

said, “Upright people are those who adhere to the commands of Allah the Exalted, follow His straight path, obey Him and shun disobedience."
6- Mujahid

said, "Upright people are those who adhere to the testimony that none is truly worthy of worship but Allah until they die."
7- Ibn Zayd and Qatadah

both, said, "Uprightness means adhering to obedience of Allah the Exalted."
8- Sufyan Ath-Thawri

said that the upright person is the one whose deeds are in accordance with his words.
9- Ar-Rabee‘ ibn Khuthaym

said, "Uprightness means turning away from everything and everyone but Allah the Exalted."
10- Al-Fudhayl ibn ‘Iyadh

said, "Uprightness is disinterest in the mortal life, while seeking the immortal one."
11- Ibn Taymiyyah

said, "Uprightness means to hold fast to loving Allah the Exalted and fulfilling the meaning of servitude to Him without turning away from Him."
12- Imam Al-Harawi

said, "Striving hard in following the commands of Allah moderately.”

The fruits of uprightness:

1. Happiness in this life

2. The descent of the angels of mercy on upright people

3. The angels of mercy would bring them glad tidings in their graves that they will be granted firmness at the time of Resurrection

4. Entering Paradise, the abode of dignity that will last forever; Allah the Almighty Says (what means): {No fatigue will touch them therein, nor from it will they [ever] be removed} [Quran15:48]