Our Children and the Quran in Ramadan - I 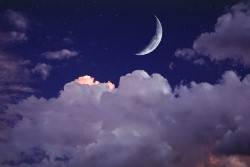 The second piece of news: A child memorized the Quran even before learning how to read or write and even before understanding its meanings. So, he memorized the whole Quran, Al-Arba‘een An-Nawawiyyah, Tuhfat Al-Atfaal and 30 poetic verses of Al-Jazariyyah before the age of nine and that was the result of his family’s keenness on teaching him and his good relation with his teachers.

My dear caregiver, these facts and news are about Muslim children from all over the world. Allah The Almighty raised the ranks of those children and rewarded their parents greatly because their children memorized the Quran. Would you not want your child to be like those children? Would you not like to receive the reward of Allah The Almighty when your child memorizes the Quran?

Dear caregiver, we are now in the month of Ramadan, when Allah The Almighty eases worship to be a starting point for all of us. During this blessed month, we should get our children accustomed to learning the Quran and begin with memorization of the Book of Allah The Almighty. Therefore, I will shed light on the virtue of memorizing the Quran and the correct methods that we should use in teaching it to our children.

He has definitely won:

Dear caregiver, let us take a quick tour through the prophetic Hadeeths (narrations) to know the great reward, sublime status and enormous benefits that your child will receive when he learns and memorizes the Noble Quran.

said, “The nobles of my Ummah (nation) are the carriers of the Quran (the ones who memorize it by heart) and the people of the night (the ones who observe night vigilance in worship).” [Al-Albaani: Saheeh]

Your child will have a noble status among people, as the Prophet

said, “Verily, Allah elevates some people with this book (i.e. the Qur'an) and abases others with it.” [Muslim]

However, if learning the Quran had no reward but being among the people of Allah The Almighty, it would have been enough. The Prophet

said: “Indeed, Allah The exalted has people from among mankind” The companions asked, “Who are those people?” The Prophet

answered: “The people of the Quran; they are the people of Allah and His elite…” ‎ [Al-Albaani: Saheeh]

To those who are keen on making their children memorize the Quran, let me give you the following glad tidings: You should know that the person who memorizes the Quran will not only be successful in this world, but he will be also successful in the Hereafter. Let us listen to a young woman speaking about her experiment in memorizing the Quran,

The Quran has been my road to guidance, because it is the best guide for Man in all life affairs including knowledge, dealings and manners. I felt the influence of memorization of the Quran on my whole life. My grades before memorization were “pass” and “good”, but after memorizing the Quran, I got “very good” and “excellent”. Of course, all of this is a result of the blessing of the Quran.

As for the reward of your child in the Hereafter, Allah The Almighty and His Messenger

promise the people of the Quran a special status on the Day of Judgment to the extent that everyone else will wish to be like them. The Prophet

said: “It will be said to the companion of the Qur'an on the Day of Judgment: `Recite and ascend [in ranks] as you used to recite when you were in the world. Your rank will be at the last verse you recite.” [Al-Albaani: Saheeh]

Furthermore, the Quran will intercede for your child on the Day of Judgment, when everyone will be in need of a single good deed, not to mention the whole Quran. The Prophet

Moreover, we are now in the blessed month of Ramadan, which is the month of the Quran, as Allah The Exalted Says (what means): {The month of Ramadan [is that] in which was revealed the Qur'an, guidance for the people and clear proofs of guidance and criterion.} [Quran 2:185]

Hence, this is a month during which Allah The Almighty eases recitation and memorization of the Quran.

Our Children and Quran in Ramadan - II