My daughter and the inaccessible fort 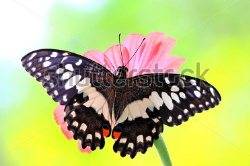 Like a wonderful butterfly and a beautiful flower, she joyously moves here and there, creating an atmosphere of happiness and pleasure. Whenever I see her, my heart and eyes fill with great delight. Once, she had a fever because of a sore throat -- a common childhood disease -- which made her little body become feverish. Her temperature kept rising until it reached about 41 degrees. Rushing to the doctor with five-year-old Suhaylah, her mother did not stop supplicating Allah The Almighty for her and reciting Sharee‘ah-approved Ruqyah (supplications for healing) and invocations for her sick child all the way in the car. Suhaylah was mumbling deliriously because of her high fever. What did she say during these moments of delirium? She was saying, “Recite the Quran for me! Recite the Quran for me! Whoever loves me let him recite the Quran for me!”

Did this young girl realize that the Quran is her resort during such a hard time and her fort where she seeks protection?
Many of us may have faced a similar situation where the sick or fevered child in particular recites Quranic verses or urges those around him to recite for him as Suhaylah did.

What are the implications related to a sound upbringing in this situation?

1- Responsibility of engraving on the hearts of children:

One of the strongest indications in this situation is that the hearts of children are so pure and so quickly affected and ready to receive what adults inculcate in them. Hence, the responsibility of adults before Allah The Almighty is great. The Prophet

said: “Allah will ask every caretaker about everything that was entrusted to him, whether he preserved it or wasted it.”

The behavior, interests and appearance of the child are a result of the upbringing of parents. For scholars of Islamic upbringing and ethics, it is an unquestionable fact that the child is born with a sound innate inclination to Tawheed (Islamic Monotheism), the creed of belief in Allah The Almighty and the original state of purity. If an atmosphere of sound upbringing at home, righteousness in society and a believing educational environment are provided to him; undoubtedly the child will grow up holding firm belief and virtuous morals.

2- Importance of the child’s early years in upbringing and building his character:

In his early years, the child learns many more things than expected by his parents. Customs can be acquired easily at a younger age where 90 percent of the upbringing process takes place in the first five years. The importance of early childhood “pre-school or pre-discerning stage” is highlighted when we know that the human childhood period is longer than the childhood of any other creature. The childhood of humans is characterized with purity, flexibility and soundness of disposition. It lasts for a long time where the parent can instill what he wants in the child. The child adheres throughout his life to the values that he was brought up on and accustomed to. What the child receives in his early childhood delineates the basic features of his future character. It becomes difficult to change these features even if they are undesirable. Margaret Mahler said that the first three years of every person’s life are considered a new birth.

Moreover, in this period, the child tends to satisfying and complying with his parents in order to hear words of admiration and praise. Knowing this fact, it is obvious that parents should utilize this period in building up the aspect of faith in the child's personality and disciplining and teaching him in the proper way.

said, “The best discipline is that which takes place at a young age. If the child is allowed to behave freely; brought up without discipline, it becomes hard to put him on the right path later.”

So, parents and mentors should forget the sentences, which are usually stumbling blocks in the way of disciplining many children, such as “they are still young” or “when they get older, they will know the right way.”