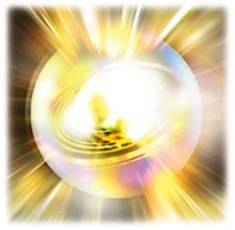 Have you heard about the pearl whose name is Umm Shurayk, may Allah be pleased with her? She was one of the early converts to Islam along with her husband. Come and attentively hear what she says. She relates her story by herself and says,

When I embraced Islam, I heard a Hadeeth (narration) from the Prophet

who does not talk from his own inclinations, in which he said: "A person who calls to something good or guidance will receive a reward equal to (the reward of) those who act accordingly, while nothing of their reward is diminished."

After a few days she became well-known and people knew that she had changed her religion. She adds, 'My husband's family entered upon me with their eyes full of evil, angry and snarling. They said to me, "Have you embraced the religion of Muhammad?"'

Imagine a weak and submissive woman attacked by people who were threatening her in this terrible way. You may feel sympathy for her, but by Allah The Almighty, we in fact need sympathy, not her. They said to her, "Have you embraced the religion of Muhammad?" She replied, "Yes. By Allah, I am a Muslim." She said so with all glory and steadfastness. They replied, "That is not a problem at all. We swear to make you forget this life's pleasure." They left and shortly thereafter they returned.

She added, "They tied me and carried me on a camel, which was the worst and harshest of their mounts. They led me to the desert. When the sun was very hot, they pitched their tents and shelters and left me on the camels' back, tied and suffering." She was expecting death at any time; however, she was patient to satisfy the Lord of The Worlds.

She added, "When the first day passed, I was certain that I would not remain alive until the following day. However, Allah The Almighty kept me alive. On the second day, they did the same. They prevented me from drinking any water. They presented me bread and honey but prevented me from having water. They continued in this way until my saliva had dried up and I saw death with my very eyes."

She turned around with her eyes and wished with her heart hoping a merciful hand would give her a sip of water to moisten her veins and quench her thirst. Feel free to say anything about her feelings and form any opinion about her, as you like. However, be certain that she was of a different status.

She said, "When the days passed, I started to lose my hearing, mind and sight. On the third day, I was absolutely certain that I would die and meet the Lord of The Worlds and that I would not live until the next day. While I was in this miserable state, my husband's family came to me and I did not understand what they said. Nevertheless, I heard them saying, 'Abandon Muhammad's religion and Islam and we will relieve your pain and suffering.'

She said, "I wanted to make my lips move but they could not move. I wanted to utter something with my tongue but it did not move. I wanted to raise my hand. I wanted to open my eyes. But none responded to me. When I wanted to lift my hand, it was as if mountains were upon it. Finally, it moved by strength and power from Allah The Almighty. I lifted it until I pointed to the sky signaling that there is no God but Allah and telling them to do whatever they wanted."

While she was in this state and was badly affected by thirst under the heat of the sun whose rays were enough to melt rocks, she was tied on a camel's back whose hump nearly broke her back. However, she knew that being merely dipped in Paradise would make her forget the suffering of many years.

They moved to their water skins to see who opened them and gave her water. There, however, they discovered the certain news. They found their skins firmly closed and had been neither opened nor touched. They returned counting their steps and mumbling. When they reached her, they said only one statement, "By Allah! Indeed The One who provided you with water in the very place where we deprived you of it is The True God, we bear witness that there is no God but Allah." Then their voices became higher and they repeated shouts of Allahu Akbar (Allah is The Greatest). Then, hands were lifted pointing out that there is no Creator but the One who lifted the heavens. Allah The Exalted Says (what means): {And whoever fears Allah - He will make for him a way out, and will provide for him from where he does not expect.} [Quran 65: 2-3]

How many women have been guided through you? How many times did you offer advice for the sake of this religion? How many times did you stand for the Lord of The Worlds? Many times we guide people to shops when there are sales, the most beautiful dresses and parks. But, how many times do we stand for this religion? Allah The Exalted Says (what means): {But none is granted it except those who are patient, and none is granted it except one having a great portion [of good].} [Quran 41: 35]

Reflect on the situation of Umm Shurayk, may Allah be pleased with her. Glory is to Allah The Almighty! How strong her personality was! What type of personalities were these? What type of women were they! By Allah, this is indeed the true life.