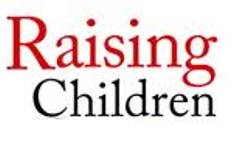 Having difficulty dealing with children has become a widespread phenomenon. Many parents seem to be quite at loss when it comes to enforcing good morals in their children. Research has shown that some parents use fruitless styles to achieve this goal.

There are certain common mistakes parents make in bringing up their children -- both boys and girls. Parents may commit these mistakes out of either ignorance or negligence, despite meaning well. Ultimately, these parenting mistakes have negative repercussions on the righteousness and good qualities of the children.
The following are some of these mistakes:

Rebuking children for every error: Despising and rebuking the child for every mistake he commits, in a way that makes him feel humiliated and inferior. This is a great mistake committed by some educators. The right way is to warn the child gently and leniently, and convince him why he should avoid his wrong behavior.

Reprimanding children publicly: If the educator feels the need to reprimand the child or admonish him, this should not be done in front of his siblings or friends; rather he should advise him alone.

Delaying the process of education: The idea of disdaining and neglecting the early education of the child is completely wrong. The process of educating the child and guiding him should start immediately after weaning. Parents should start directing the child, guide him, command him to do certain things and not to do others, promise to reward him and threaten to punish him, and inculcate the love of good deeds and hatred of bad ones.

Accustoming children to laziness: Another aspect of parenting mistakes is when the mother, as a kind of mercy and kindness towards her child, does not allow him to take up activities and chores that he is capable of doing. This mistake makes the child lose his spirit of cooperation with the family in all aspects of life, especially in the sphere of performing his duties in service of the household. This causes the child to be dependent on others, lose his self-confidence and accustoms him to laziness.

Being overprotective: Some mothers commit another mistake by not letting the child stray far from her eyes even for a moment, fearing that he will be harmed. In fact, such over-protectiveness harms the child and does not benefit him.

Treating children unjustly: Favoring some children over others, whether in giving gifts or in kind treatment or in love, is another great mistake. Parents should be fair and just with their children.

Disregarding their feelings: Children need to be able to examine their feelings about things. One of the most common mistakes parents make is disregard their children's feelings - by telling them not to cry, for example. A better way to approach such a case is to show compassion towards them by letting children know that you know how they feel.

Compromising established rules: If parents make rules, the need to be ready to enforce them. Parents are not expected to set military standards for discipline for their children, but children should know that when parents say "No" it certainly means nothing else but "No". When kids learn that parents will not give in to their fits, they will simply stop throwing them.

Setting a bad example: Finally, committing forbidden acts in front of children like smoking, listening to music or watching movies is another vital mistake. Undoubtedly, this makes the parents and the educators bad examples to children.