Umm Moosa: The Woman who Relied upon Allah The Almighty 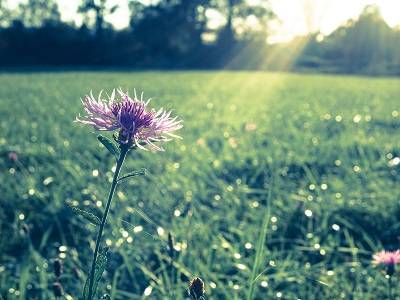 Driven out by the screams of a mother whose son was slain, Ayaarkha (Jochebed), the wife of ‘Imraan (Amram), may Allah exalt his mention, opened the door, after the footsteps of Pharaoh’s soldiers died away and their savage bursts of laughter could no longer be heard. She went to her neighbor, who seemed to be more dead than alive, to alleviate her pain and console her in her grief.

The Children of Israa'eel experienced many terrors in Egypt. The Pharaoh subjected them to slavery and excruciating torment as a result of a dream that he saw, which he interpreted with the help of some soothsayers that he summoned. They said, “A child will be born from among the Children of Israa'eel, and he will deprive you of your power and assume authority in your place, consequently changing your religion, and the time marking his birth is near.”

Pharaoh’s utmost concern was to keep his sovereignty at all costs and in order to achieve that, he mercilessly killed all the male children and sent his soldiers everywhere to kill every male child that was born among the Children of Israa'eel.

Under the black clouds of murder, the mighty winds of terror and the cries of mourning mothers whose children were killed unjustly, the wife of ‘Imraan, may Allah exalt his mention, was terrified of being discovered, since she was due to give birth. Her child was to be born in the year when the newborns were killed by Pharaoh. She was engrossed in deep thought, and there was a struggle between her certainty of faith and her natural anxiety as a mother for her child, and the whispers of Satan who wanted to shake her certainty of faith. Therefore, she always asked for help from Allah The Almighty and sought refuge in Him from those evil whispers.

As Pharaoh’s soldiers killed hundreds of newborn infants from the children of Israa'eel mercilessly, it was suggested to Pharaoh that if the killing continued unabated, then the Bani Israa'eel would soon lose their workforce. Since the women of Bani Israa'eel were incapable of undertaking the strenuous labor in their service,,the Egyptians would end up undertaking it. Hence, Pharaoh ordered his soldiers to spare the male children one year and kill them the following year. Pharaoh’s men checked the women and if they saw any of them was pregnant, they would record her name. When the time was due for her to give birth, she would be helped only by midwives belonging to Pharaoh. If the woman gave birth to a female, they would spare the baby’s life; and if she gave birth to a male, those butchers would kill him and leave.

As a sign of Divine Wisdom, the signs of pregnancy did not show on the wife of ‘Imraan, may Allah exalt his mention, as they did on other women, and thus, the midwives did not discover her. No sooner had she given birth to Moosa (Moses), may Allah exalt his mention, than she was extremely fearful that the soldiers of Pharaoh would kill her son. Her worries intensified and she cried until the divine revelation came to her, commanding her to put her child in a box and lay the box in the River Nile. Allah The Almighty Says (what means): {And We inspired to the mother of Moosa (Moses), “Suckle him; but when you fear for him, cast him into the river and do not fear and do not grieve. Indeed, We will return him to you and will make him [one] of the messengers.”} [Quran 28:7]

Her house was located on the bank of the River Nile. Hence, she made a box, and then nursed her infant, so that if any of the people she feared entered upon her, she would put the child in the box, tie the box with a rope, and then release it in the river.

One day Pharaoh’s soldiers approached, and because she feared for the life of her child, she quickly put him in the box and released the box in the Nile, but she forgot to tie the box. Therefore, it was carried by the stream until it passed by Pharaoh’s palace. In front of the palace, the box stopped, and the maidservants immediately picked it and brought it to Pharaoh’s wife. When she unveiled Moosa, may Allah exalt his mention, she loved him, since she was childless. The news of the infant spread in the palace where people talked about the baby until Pharaoh was informed about him. Hence, he along with his soldiers hastened to kill the baby, but his wife beseeched him to spare his life and said (what means): {And the wife of Pharaoh said, “[He will be] a comfort of the eye for me and for you. Do not kill him; he may benefit us, or we may adopt him as a son.” And they perceived not.} [Quran 28:9]

The heart of Moosa’s mother was about to stop in anxiety, for she saw her son floating inside a box in the middle of the river, but Allah The Almighty granted her patience and firmness. She asked her daughter to follow her brother to see what would happen to him without letting anyone notice her. The heart of Moosa’s mother was broken over the fate of her infant who was taken away by the water. Allah The Almighty Says (what means): {And the heart of Moosa’s (Moses) mother became empty [of all else]. She was about to disclose [the matter concerning] him had We not bound fast her heart that she would be of the believers. And she said to his sister, “Follow him”; so she watched him from a distance while they perceived not.} [Quran 28:10-11]

The Pharaoh’s wife was very happy with Moosa, may Allah exalt his mention, but he cried all the time. Although he was hungry, he would not suckle from any woman. Therefore, they took him to the market looking for a suitable woman to suckle him. When his sister saw him, she recognized that he was her brother, but she did not make it obvious, and thus, they did not sense the truth. She told them that she knew a woman who could nurse him and took him to his mother. Allah The Almighty Says (what means): {And We had prevented from him [all] wet nurses before, so she said, “Shall I direct you to a household that will be responsible for him for you while they are to him [for his upbringing] sincere?” So We restored him to his mother that she might be content and not grieve and that she would know that the promise of Allah is true. But most of the people do not know.} [Quran 28:12-13]

These were some glimpses of the divine fate for people to have full capable of doing anything: {And Allah is predominant over His affair, but most of the people do not know.} [Quran 12:21]

Distress was followed with relief overnight. Exalted is Allah Who manages everything, and gives relief to everyone who fears Him and a way out of every trouble.

Brilliant Examples from the History of Muslim Women

Precious Pearls: The Wife of Fir'awn