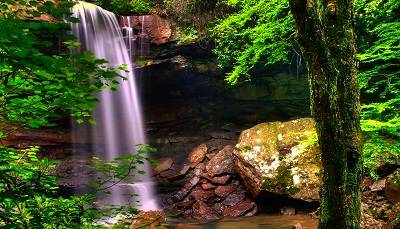 The father of Saffaanah, may Allah be pleased with her, was the legendary ruler who personified Arab generosity in the pre-Islamic era: Haatim at-Taa'i. When Islam dominated the region and conquests were made everywhere, the cavalry of the Prophet, sallAllahu ‘alayhi wa sallam, conquered her tribe, Tayyi’. Saffaanah, who was an eloquent and wise woman, was taken among the captives.

In captivity, when the Prophet, sallAllahu ‘alayhi wa sallam, passed by her, she said, "O Messenger of Allah, grant me a favor, may Allah grant you a favor, for the father has died and the visitor has gone (referring to her brother who had converted to Christianity and fled until he approached the land of Byzantine before he embraced Islam and became a good Muslim). Do not make the Arab tribes gloat over my misfortune because I am the daughter of the chief of my people. My father released the captives, protected the weak, served his guests, fed the hungry, alleviated the misfortunes of people, offered food, extended Salaam (the greeting of peace) and never declined to fulfill anyone’s need. I am the daughter of Haatim At-Taa’i."

She went to her brother, ‘Adiyy ibn Haatim, may Allah be pleased with him, who was older than her, and wanted to invite him to Islam and guide him to goodness -- particularly after she had seen the kind treatment of the Prophet, sallAllahu ‘alayhi wa sallam, and his Companions and had learnt about Islam and its virtues. Her brother asked her what should he do with 'that man' [the Prophet, sallAllahu ‘alayhi wa sallam].

Saffaanah, may Allah be pleased with her, took the opportunity to present the new religion to her brother and invite him to it and to speak to him about the Messenger of Allah, sallAllahu ‘alayhi wa sallam, in a wise, touching and convincing manner. She said, "I suggest that you go to the man: if you find that he is a Prophet, you should follow him, for those who follow him first will be privileged. Otherwise, there would be no harm on you because you are very wise and insightful. As for me, I have embraced Islam."

Adiyy, may Allah be pleased with him, said, "This is a sound opinion." He set out to the Prophet, sallAllahu ‘alayhi wa sallam, in Madeenah, and went to see him in the Masjid (Mosque). He embraced Islam and thanked Allah. Thus, by inviting him to Islam, his sister earned the reward for guiding him to the true religion.

It is said that her father used to give her camels from ten to forty in number, and she would give them away as gifts. Haatim said, "O my daughter, if two people behaved generously with money, they would waste it. Either I give and you withhold, or I withhold and you give. Otherwise, nothing would remain." She replied, "By Allah, I will never withhold." Her father said, "By Allah, I will never withhold either." She said, "So, we should not live with each other." Therefore, he gave her half of his money and they parted.

Saffaanah, may Allah be pleased with her, was the epitome of generosity, wisdom and good conduct.

Shall I Show You a Woman from the People of Paradise?