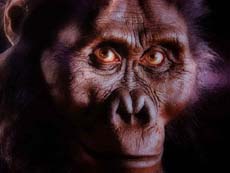 Most people accept everything they hear from scientists as strictly true. It does not even occur to them that scientists may also have various philosophical or ideological prejudices. The fact of the matter is that evolutionist scientists impose their own prejudices and philosophical views on the public under the guise of Science. For instance, although they are aware that random events do not cause anything other than irregularity and confusion, they still claim that the marvelous order, plan and design manifested in the Universe and in living organisms arose by chance.

For instance, such a biologist easily grasps that there is an incomprehensible harmony in a protein molecule -- the building block of life -- and that there is no probability that this might have come about by chance. Nevertheless, he alleges that this protein came into existence under primitive earth conditions simply by chance, billions of years ago. He does not stop there; he also unhesitatingly claims that not only one, but millions of proteins were formed by chance and then incredibly came together to create the first living cell. Moreover, he defends his view with a blind stubbornness. This person is an “evolutionist” scientist.

If the same scientist were to find three bricks resting on top of one another while walking along a flat road, he would never suppose that these bricks had come together by chance and then climbed up on top of each other, again by chance. Indeed, anyone who did make such an assertion would be considered insane.

How is it possible that people who are perfectly capable of assessing ordinary events rationally, adopt such an irrational attitude when it comes to thinking about their own existence?

Let us continue, keeping this scientific basis in mind. There are two views that can be set forth regarding how living beings came into existence on earth. The first is that all living beings were created by Allah in their present complex structure. The second is that life was formed by unconscious, random coincidences. The latter is the claim of the theory of evolution.

When we look at scientific data, that of molecular biology for instance, we can see that there is no chance whatsoever that a single living cell  -- or even one of the millions of proteins present in this cell, could have come into existence by chance, as evolutionists claim. As we will illustrate in the following chapters, probabilistic calculations also confirm this many times over. Hence, the evolutionist view on the emergence of living beings has zero probability of being true.

This means that the first view has a “one hundred percent” probability of being true. That is, life has been consciously brought into being. To put it in another way, it was “created”. All living beings have come into existence by the design of a Creator exalted in superior Power, Wisdom, and Knowledge. This reality is not simply a matter of conviction; it is the normal conclusion that wisdom, logic and science take one to.

Under these circumstances, our “evolutionist” scientist ought to withdraw his claim and adhere to a fact that is both obvious and proven. To do otherwise is to demonstrate that he is actually someone who is sacrificing the spirit of scientific inquiry to further his own particular philosophy, ideology and dogma rather than being a true scientist.

The anger, stubbornness and prejudices of our “scientist” increase more and more every time he confronts reality. His attitude can be explained with a single word: faith. Yet it is a blind superstitious faith, since there can be no other explanation for such blatant disregard of all facts that leads to a lifelong, fanatic allegiance to the preposterous scenario constructed wholly in his imagination.

The Quran appeals to "men of knowledge" to exercise their faculties and appreciate the wonder of Allah's creation in the world around them and within themselves. It is a sad reflection on the manifest unbelief of modern times, that evolution scientists are using the intellect and senses that Allah has granted them to do just the opposite : negate the wonder of His creation. By disguising their delusions of grandeur as scientific theories, evolution scientists are doing a great disservice to the true spirit of scientific inquiry.