The caliphate of ‘Uthman -II 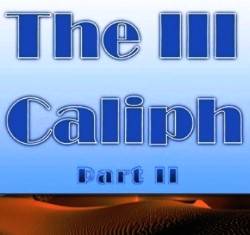 The Conquest of Africa, 26 AH

allowed him to do what he wanted. He marched towards his destination at the head of an army of 10,000 men. First, he subdued the chiefs of Barqah and they agreed to pay Jizyah. The Muslim commander then advanced towards Tripoli capturing the territories falling on the way. At this stage the Caliph dispatched fresh reinforcements from Al-Madeenah to help ‘Abdullah's army.

When the detachment reached Barqah via Egypt, ‘Abdullah bin Sa’d welcomed it and they jointly proceeded towards Tripoli. The Romans tried to put up resistance but were repulsed. After the fall of Tripoli, the Muslim troops marched ahead. Gregory, the King of Africa was the vassal of Caesar. When he came to know of the march of the Muslim army, he mobilized one 120,000 men and came face to face with the Muslim forces. ‘Abdullah bin Sa’d first invited Gregory to accept Islam. When Gregory flatly refused, he asked him to pay the Jizyah (head-tax imposed by Islam on the people of the Book). When he rejected that also, the Muslim army drew up ranks and a fierce battle broke out, which remained indecisive. Fresh Muslim reinforcements joined the battle and the Muslim army called out Allahu Akbar (Allah is the Greatest).

When Gregory inquired about the cries raised by the Muslims, he was told that a fresh detachment had arrived and joined the Muslim forces. Both the armies fought enthusiastically but the battle remained inconclusive. When night set in, consultations were held for adopting a new strategy. ‘Abdullah bin Zubayr

suggested that half of the troops should go to the battlefield and the rest remain inside the camp. When the two armies, exhausted by the daylong fighting were to leave the battlefield for camp, the fresh half of the Muslim army should attack the retreating Romans. The counsel received general acceptance. This strategy was put to practice on the third day of the battle. When the two armies separated in the afternoon, ‘Abdullah bin Zubayr

rushed out from the camp with the fresh detachment and charged the Romans. They could not withstand the attack and fled to their camp, but could not save themselves because the Muslim force surrounded the camp and the Romans were either killed or captured. Gregory also fought against the Muslims and was put to the sword by ‘Abdullah bin Zubayr

The next day, the Muslim army moved ahead and reached Sabitalah, the headquarters of (northern) Africa which was also conquered in a couple of days, and an immense amount of spoils fell into the hands of the Muslims. The Muslims marched further and laid siege around the fort of Jam, which was very strong and fortified. However, they could not stand the Muslim onslaught and yielded on the condition of paying one million as Jizyah. ‘Abdullah bin Zubayr set out to Al-Madeenah with the glad tidings of the African conquest and one-fifth of the spoils. ‘Abdullah bin Sa’d

returned to Egypt from Africa after an absence of one year and three months.

Conquest of Cyprus and Rhodes

came back to Egypt from the other parts of northern Africa. Constantine again rose to make military preparations for a fresh battle. In 28 AH, he dispatched a part of his navy towards Africa, which reached the African coast and demanded tribute for Caesar. But the Africans flatly refused, because Caesar had lent no help when they were under the Muslim attack and so they no longer held him as their ruler. This refusal led to fighting between the Africans and the Roman army, which resulted in the defeat of Africans. The Romans then advanced towards Alexandria. ‘Abdullah bin Nafi' was ready to fight them. In the meantime Caesar himself set off to conquer Alexandria at the head of a fleet of 600 boats. The Roman forces proceeded to Alexandria from both sides. A fierce fight took place, which ended with the destruction of the Romans. They escaped to Cyprus, which they used as their naval headquarters and an arsenal for their weapons.

During the last days of ‘Umar’s Caliphate, Mu'awiyah

had sought permission to invade Cyprus from the Syrian coast. However, ‘Umar

had hesitated in giving permission for such a campaign and the matter remained undecided until he passed away. ‘Uthman bin ‘Affan

permitted the naval attack on condition that nobody was forced to take part in the adventure. Inspired by the efforts of Mu'awiyah, a party agreed to invade Cyprus. The party included Abu Tharr Al-Ghifari, Abud-Dardaa', Shaddad bin ‘Aws, ‘Ubadah bin As-Samit and his wife Umm Haram bint Milhan

was made the commander of the detachment, which left for Cyprus by boat. When Constantine escaped from Alexandria, he had taken refuge in Cyprus. An Islamic naval force chased him by boats from Egypt and reached Cyprus. And this, a fresh naval detachment from Syria also descended on the coast of Cyprus. Constantine could not withstand the attack and fled to Constantinople with great difficulty, and finally succumbed to death.

However, according to other sources, frustrated by his successive defeats, some people killed him in his bathroom. Thus Cyprus easily fell to the Muslims. Mu'awiyah

also arrived in Cyprus with a detachment. After finishing his job in Cyprus he sailed to Rhodes. The conquests of Cyprus and Rhodes opened the door for Muslim campaigns against Constantinople and other countries of the region. These events took place at the end of 28 AH or at the beginning of 29 AH.

Circulation of the Quran

reached Al-Madeenah on route to Basrah, Koofah, Rey and Syria, he expressed amazement over the fact that the people of Iraq, Syria, Basrah and Koofah, and Persia had their own way of reciting the Noble Quran which was quite different from each other. He thought it would be better if one and all were brought to the same way of recitation. ‘Uthman bin ‘Affan

convened a meeting of the distinguished Companions and placed the suggestion for their deliberations and decisions. All of them endorsed the opinion of Huthayfah

which was compiled by Zayd bin Thabit

and other Companions during the Caliphate of Abu Bakr As-Siddeeq

after ‘Umar’s death. The Caliph deputed a number of qualified people to prepare a number of copies. He then sent a copy of the Quran to each city with the order that the Quran be copied accordingly and all the old copies be set on fire. When the fresh copy reached Koofah, the Companions expressed their joy over it, but ‘Abdullah bin Mas'ood

remained firm on his own recitation.

The Persian Empire was destroyed during the Caliphate of ‘Umar

. The rest of the cities and frontier provinces were conquered during the Caliphate of ‘Uthman bin ‘Affan

. Nevertheless, Yezdgird, the Emperor of Persia was still running from place to place for safety. Sometimes he was in Rey and sometimes in Balkh, Marw, Isfahan, Istakhar, Turkistan and China and back again to Persia. A party of several thousand soldiers remained with him through thick and thin in the hope that one day their past glory and grandeur might be restored. This was the reason why the Persian provinces, districts and cities would so often rise against the Muslim rule even though they were instantly put down by the Muslim forces. In 31 AH, Yezdgird reached the suburbs of Balkh at the head of a party from China and Turkistan and captured some cities for a short period. His misfortunes compelled him to flee and take refuge at the dwelling of a windmill owner. He was in deep sleep when the owner of the house, out of greed for his costly garments, killed him and threw his dead body into water after stripping him of his clothes, ornaments and weapons. This event took place in suburb of Marw on August 23, 651 CE. Yezdgird passed four years of his life in luxury, sixteen years in affliction and vagrancy and the last ten years out of sixteen, he passed as a fugitive. The Persian troubles came to an end after Yezdgird was killed.

The caliphate of ‘Uthman -I

The caliphate of ‘Uthman -III