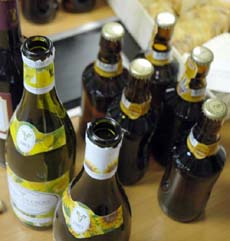 The young Muslims of today are facing an ever-increasing number of dilemmas. One of these is drugs. What does Islam have to say about it? How should Muslims regard drugs? To know this, we must see what the Quran and the Sunnah (prophetic tradition) say regarding intoxicants and narcotics.

Allah Almighty states in the Noble Quran what means: "O You who believe! Indeed, intoxicants, gambling, [sacrificing on] stone alters [to other than Allah], and divining arrows are but defilement from the work of Satan, so avoid it that you may be successful." [Quran: 5:90]

Allah Almighty has described using intoxicants, amongst other things, as being appalling, despicable and hateful acts of Satan, and He has commanded us to abstain from them. Allah, thereafter, states in the next verse, that which means: "Satan only wants to cause between you animosity and hatred through intoxicants and gambling and to avert you from the remembrance of Allah and from prayer. So will you not desist? [Quran: 5:91] This Aayah (verse) tells us how it is a detestable act of Satan, because intoxicants, in addition to sowing the seeds of enmity, prevent one from the remembrance of Allah.

Bear in mind that when the term intoxicant is used, it also encompasses narcotics, because they too, among other things, result in the loss of self-control. There are also many narrations stated by the Noble Prophet

(may Allah exalt his mention) with regards to intoxicants, such as:

1) Jaabir, may Allah be pleased with him, reported that the Noble Prophet

said: "Whosoever drinks wine, whip him. If he repeats it for the fourth time, kill him." He (Jaabir) continued: "A man was later brought to the Prophet

who had drunk wine for the fourth time. He beat him, but did not kill him." [At-Tirmithi & Abu Daawood]

2) Ibn 'Umar, may Allah be pleased with him, reported that the Messenger of Allah

said: "Every intoxicant is Khamr (wine) and every intoxicant is Haraam (unlawful). Whosoever drinks wine in this world and dies whilst having consumed it and not having repented from it will not drink it in the next world [i.e. in ]." [Muslim]

3) Jaabir, may Allah be pleased with him, narrated that the Messenger of Allah

said: "Whatever intoxicates in a greater quantity is also unlawful in a small quantity." [At-Tirmithi, Abu Daawood & Ibn Maajah]

5) Ibn 'Abbaas, may Allah be pleased with him, reported that the Messenger of Allah

said: "If a habitual drunkard dies, he will meet Allah like the one who worships idols." [Ahmad & Ibn Maajah]

In other narrations, Prophet Muhammad

2. The head of all errors and lapses.

3. The most terrible of major sins.

4. The mother of all atrocities.

5. The mother of all evils.

Why are drugs and intoxicants so abhorrent, awful, foul and vile in the sight of Islam? Let us look at what the scholars have said regarding the effects of drugs from worldly as well as religious perspectives:

narrates from some scholars that there are one hundred and twenty worldly and religious detriments that result from consuming hashish (Cannabis).

Not ten, or twenty, but one hundred and twenty harms occur due to the consumption of such drugs!  Ibn Seenaa

stated that large amounts of it dries up semen (The fluid that carries sperm, thus rendering a consumer of narcotics sexually impotent). Ibn Al-Beetaar

said: "All the faults, blemishes, and other bad things in Khamr (wine) are present in hashish, and more, because the majority of faults in khamr affect religion, but hashish affects, to a great extent, both religion and body."

Some might say that all drugs do not intoxicate, and that drugs like heroin and hashish are only depressants which slacken and weaken the mind. The answer to this lies is in the following statement:

Umm Salamah, may Allah be pleased with her, said: "The Prophet

prohibited every intoxicant and Muftir (every substance which slackens the mind)."

The unanimity of the Ummah (Muslim nation) on the prohibition of narcotics is also narrated from many scholars. Imaam Az- Zarkashi

stated:  "The consensus of the Ummah is narrated from several scholars on the prohibition of hashish; those scholars include Qiraafi and Ibn Taymiyyah."

If that was not enough, Imaam Ibn Taymiyyah

has further stated: "Whosoever regards it lawful has become a Kaafir (disbeliever)."

The scholars of all four schools of Islamic jurisprudence unanimously agree that consuming anything intoxicating is Haraam. Certain plants have also been included in this, as Imaam Rafee’

clearly stated that: "The scholars have included intoxicating plants, etc. within this prohibition."

So far, the prohibition of drugs has been proven by means of the Quran, Sunnah and Ijmaa' (consensus of scholars). It can further be proved by Qiyaas (analogical deduction) i.e. logical reasoning. When a person is intoxicated (or ‘stoned’ in street language) he does not know what he is doing. He could easily kill someone or fornicate, etc. In the same manner, to feed his habit, he will most probably have to steal. These are, without a shadow of doubt, unlawful. There is a general rule that whatever leads to something Haraam (unlawful) is in itself Haraam. Thus, drugs have been proven as Haraam by all four sources of Islamic jurisprudence (Quran, Sunnah, Ijmaa' and Qiyaas).

What is the legal punishment for consuming drugs?

stressed that by consuming plants, which cause over-excitement (intoxication), the Hadd (legal punishment) will become necessary, which, in this case, is eighty lashes.

states that all the scholars of his period agreed that its consumption is Haraam.

However, there is a difference of opinion as to what punishment becomes incumbent due to consuming drugs; either Hadd, because it intoxicates or Ta'zeer (reprimand) because it corrupts the mind.

Ta'zeer is such a punishment that holds no specific amount and is for the discretion of the Judge. We should note that according to some scholars, in certain cases, Ta'zeer could prove to be more severe than the Hadd itself, such as when the person persistently commits the crime.