The Prophetic Guidance on Perfumes 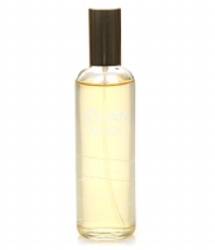 If speech is blessed by sending blessings upon the Prophet

how could Madeenah not have been blessed during his days, while he inhabited it; he, who refreshed its breeze, perfumed its atmosphere and renewed its fragrance; whose scent preceded him to wherever he went and remained after he had left. It was he

who was the one by whom Taybah (another name for Madeenah) was blessed in his life, and still is after his death.

saying, "I have never smelled any ambergris, musk nor anything [that is] more pleasant than the smell of the Messenger of Allah

would collect the sweat of the Prophet

in a flask and use it as a perfume. In an authentic narration, the Prophet

had a siesta in their house (that of Umm Sulaym

), and he sweated; so she brought a bottle and kept extracting his sweat into her bottle. The Prophet

then awakened and asked her: "What are you doing, O Umm Sulaym?" She answered, "This is your sweat, we take it as perfume to us, and it is from the best perfumes." By Allah, Umm Sulaym was truthful; for this was indeed the best of perfumes.

Despite the scent that was in his honored body, the Prophet

would perfume himself with the best perfume he could find. ‘Aa'ishah

also perfumed him with the best of she could find, to the extent that the shine of perfume was seen in his hair and beard.

The life of the beloved Prophet

was between two kinds of perfume; a moral perfume, which he carried in his heart and that flowed in his blood, which was the perfume of the revelation, the Sunnah (Prophetic tradition) and the Da’wah (call) to worshipping Allah The Almighty. The second was a tangible perfume that emanated from his body and clothes. One wonders: where are those who are morally and tangibly perfumed today? Where are those who are outwardly and inwardly, and secretly and openly imitators and followers of our beloved Prophet

whom Allah The Almighty made an example and guide to people. Thus, he

is an excellent role-model in all things, even in the simplest matters, and he taught those around him without affectation.

Among the things the Companions

learnt from the Prophet

and acted upon was his care for perfume. He

always had a fragrant smell about him, which corresponded with his pleasant speech, that the companion may associate and be pleased with him, the straying be guided by him, the ignorant and the seeker of knowledge learn from him, and the seeker of guidance be enlightened by him.

Why would the Prophet

not perfume himself, when perfume was among the beloved things to him? Wasn’t he the one who said: "Endeared to me of your worldly life [are] women and perfume." The Prophet

was good and liked what was good, and he

paid special care to perfume. He had a vessel from which he perfumed himself, and it is said that it was a mixed perfume combined from several materials. It had a strong smell to the extent that if the Prophet

passed by a road in Madeenah, people would say, "The Prophet

passed from here”, due to the effect of his perfume.

was busy with the affairs of Muslims and in Jihad (struggle) with word and sword, the Prophet

did not neglect to speak about perfume and what is the best of it. He

said: "The best perfume is musk." His care to be perfumed was not in vain, but as he

was commanded to perform Da’wah (calling to Islam), one of his main duties was to seek to impress himself in the hearts of people and to be pleasing and appealing in their eyes. This was so that they would not despise him and turn away from him and the truth he came with, and is very important for every scholar who concerns himself with conveying the truth to people.

Another cause of the Prophet's

laying importance on perfume may be that he

sat with the angels and communicated with Allah The Almighty several times in prayer. This was all the more reason for him to perfume himself, as it was revealed to him (what means): {O children of Adam, take your adornment at every masjid, and eat and drink, but be not excessive. Indeed, He likes not those who commit excess.} [Quran 7:31]