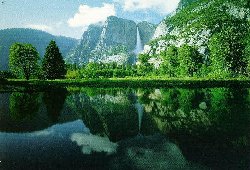 Hawwaa’ And The Story Of Her Creation

Allah The Almighty commanded Adam and his wife, may Allah exalt their mention, to reside in Paradise. He mentions this in various verses, Saying (what means):

• {And We said, "O Adam, dwell, you and your wife, in Paradise and eat therefrom in [ease and] abundance from wherever you will. But do not approach this tree, lest you be among the wrongdoers."} [Quran 2:35]

• {[Allah] said, "Get out of Paradise, reproached and expelled. Whoever follows you among them - I will surely fill Hell with you, all together." And "O Adam, dwell, you and your wife, in Paradise and eat from wherever you will but do not approach this tree, lest you be among the wrongdoers."} [Quran 7:18-19]

• {And [mention] when We said to the angels, "Prostrate to Adam," and they prostrated, except Iblees; he refused. So We said, "O Adam, indeed this is an enemy to you and to your wife.

Then let him not remove you from Paradise so you would suffer. Indeed, it is [promised] for you not to be hungry therein or be unclothed. And indeed, you will not be thirsty therein or be hot from the sun."} [Quran 20:116-119]

The context of these holy verses necessitates the creation of Hawwaa' (Eve) to have occurred before Adam, may Allah exalt their mention, entered the Garden, as the particular phrase

"O Adam, dwell, you and your wife, in Paradise" suggests. This is the apparent meaning, which is also what Muhammad Ibn Is-Haaq Ibn Yasaar understood. According to him, on the authority of Ibn ‘Abbas, may Allah be pleased with them, Hawwaa’ was created from the shorter left rib of Adam, may Allah exalt their mention, while he was asleep and the empty place was then filled with flesh.

In confirmation of that, Allah The Almighty Says (what means):

• {O mankind, fear your Lord, who created you from one soul and created from it its mate and dispersed from both of them many men and women. And fear Allah, through whom you ask one another, and the wombs. Indeed Allah is ever, over you, an Observer.} [Quran 4:1]

• {It is He who created you from one soul and created from it its mate that he might dwell in security with her. And when he covers her, she carries a light burden and continues therein.} [Quran 7:189]

Moreover, Abu Hurayrah, may Allah be pleased with him, narrated that the Messenger of Allah, sallAllahu ‘alayhi wa sallam, said: “I advise you to look after women, for they are created from a rib and the most crooked portion of the rib is its upper part; if you try to straighten it, it will break, and if you leave it, it will remain crooked, so I urge you to take care of women." [Al-Bukhari]

The argument that holds the woman – represented by our mother Hawwaa' (Eve), may Allah exalt her mention – responsible for the wretchedness and misery of mankind, has no grounds in Islam. It alleges that she was the one who enticed Adam (Adam), may Allah exalt his mention, to eat from the forbidden tree.

The actual source of this contention is the Torah with its books and distorted verses. In fact, it is a Judeo-Christian belief, which is cited in the works of their thinkers, poets and authors.

Some Muslim writers, though, have reproduced it blindly, without critique or scrutiny.

Reading the story of Adam, may Allah exalt his mention, in the Holy Quran, by aggregating relevant verses from several chapters, proves the following:

1- The Divine prohibition of eating from the forbidden tree addressed both Adam and Hawwaa', may Allah exalt their mention, as shown from the statement of Allah The Almighty (which means): {And We said, "O Adam, dwell, you and your wife, in Paradise and eat therefrom in [ease and] abundance from wherever you will. But do not approach this tree, lest you be among the wrongdoers."} [Quran 2:35]

2- It was Satan who tempted and enticed them by deception, trickery and a false oath, and, as Allah The Almighty Says (what means): {caused them to slip out of it}, meaning Paradise, {and removed them from that [condition] in which they had been.} [Quran 2:36] However, a more detailed account of his handiwork in this respect is given in the Chapter Al-A‘raaf (The Elevations), where Allah The Almighty Says (what means): {But Satan whispered to them to make apparent to them that which was concealed from them of their private parts. He said,

"Your Lord did not forbid you this tree except that you become angels or become of the immortal." And he swore [by Allah] to them, "Indeed, I am to you from among the sincere advisors."

So he made them fall, through deception. And when they tasted of the tree, their private parts became apparent to them, and they began to fasten together over themselves from the leaves of Paradise. And their Lord called to them, "Did I not forbid you from that tree and tell you that Satan is to you a clear enemy?" They said, "Our Lord, we have wronged ourselves, and if You do not forgive us and have mercy upon us, we will surely be among the losers."} [Quran 7:20-23]

[An important point] to mention is that verses in Chapter Taa Haa, suggest that in fact, Adam and not Hawwaa', may Allah exalt their mention, was primarily culpable for this sin. That is why the warning from Allah The Almighty addressed him in particular, negligence was ascribed to him alone and he alone was thus accountable for the disobedience. If his wife did share in the blame and joined him in wrong, her role was second to his; she seems to have eaten and disobeyed, following him. Allah The Almighty Says (what means): {And We had already taken a promise from Adam before, but he forgot; and We found not in him determination. And [mention] when We said to the angels, "Prostrate to Adam," and they prostrated, except Iblees; he refused. So We said, "O Adam, indeed this is an enemy to you and to your wife. Then let him not remove you from Paradise so you would suffer. Indeed, it is [promised] for you not to be hungry therein or be unclothed. And indeed, you will not be thirsty therein or be hot from the sun." Then Satan whispered to him; he said, "O Adam, shall I direct you to the tree of eternity and possession that will not deteriorate?" And Adam and his wife ate of it, and their private parts became apparent to them, and they began to fasten over themselves from the leaves of Paradise. And Adam disobeyed his Lord and erred. Then his Lord chose him and turned to him in forgiveness and guided [him].} [Quran 20:115-122]

3- The Quran clearly states that Adam, may Allah exalt his mention, was created for a predetermined purpose, i.e., the mission which the angels hoped to execute, deeming themselves more suited for it. This is narrated in the verses of the Chapter of Al-Baqarah (The Cow) that precede the story of Adam, may Allah exalt his mention, in Paradise and his eating from the forbidden tree.

Allah The Almighty Says (what means): {And [mention, O Muhammad], when your Lord said to the angels, "Indeed, I will make upon the earth a successive authority." They said, "Will You place upon it one who causes corruption therein and sheds blood, while we declare Your praise and sanctify You?" Allah said, "Indeed, I know that which you do not know." And He taught Adam the names - all of them. Then He showed them to the angels and said, "Inform Me of the names of these, if you are truthful." They said, "Exalted are You; we have no knowledge except what You have taught us. Indeed, it is You who is the Knowing, the Wise." He said, "O Adam, inform them of their names." And when he had informed them of their names, He said, "Did I not tell you that I know the unseen [aspects] of the heavens and the earth? And I know what you reveal and what you have concealed."} [Quran 2:30-33]

An authentic narration [that supports this idea] tells of how, when Moosa (Moses) and Adam, may Allah exalt their mention, met in the realm of the unseen, the former held the latter responsible for the human suffering [due to banishment from Paradise] that resulted from his eating of the tree. However, Adam, may Allah exalt his mention, rebutted his claim and silenced him, by contending that it was already preordained by Allah The Almighty that he would inhabit and construct the earth – a point which Moosa conceded, as he found that written in the Torah, as well.

There are two benefits to be derived from this Hadeeth:

Firstly, Moosa blamed Adam and not Hawwaa', which renders false the allegation of the Torah that holds Hawwaa' responsible for the consequence of eating from the forbidden tree. That section, then, is clearly, a false allegation inserted in the Torah.

Secondly, the descent of Adam, may Allah exalt his mention, and his offspring to earth, was predestined by Allah The Almighty and previously written by the Divine Pen in the Preserved Book (the source of ordinance), in order that the human race, which is chosen from among all creation, would carry out this mission He intended for it on this planet. Hence, it was inevitable for that to happen.

4- It must not be assumed that the Garden which Adam, may Allah exalt his mention, was to settle in and eat of all its trees except for one, and from which he was commanded to leave after disobedience, is the same Paradise prepared by Allah The Almighty for the pious in the Hereafter, for that contains what no eye, without exception, has ever seen, no ear has ever heard of and no mind has ever thought of. There is, at the very least, a difference of opinion among Muslim scholars about this Garden of Adam, may Allah exalt his mention: it is either the Paradise promised to be a reward for the faithful believers or one of the gardens of this world, as understood from the verses (which mean):

• {And present to them an example of two men: We granted to one of them two gardens of grapevines, and We bordered them with palm trees and placed between them [fields of] crops.} [Quran 18:32]

Umm Moosa: The Woman who Relied upon Allah The Almighty

Brilliant Examples from the History of Muslim Women

Precious Pearls: The Wife of Fir'awn