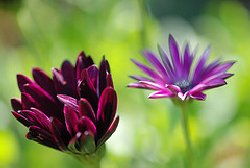 was a great Mujtahidah of the 9th Century. A Mujtahidah (which is the female word of Mujtahid) is a scholar of great caliber who can deduce from the sources of Islamic law (texts from the Quran and the Sunnah). In turn, they use these deductions to give rulings in accord with both the contemporary and individual needs of the society. For one to be given the title ‘Mujtahidah’, one must have knowledge on both the consensus and opposing views of the Companions, the Successors, and the leading Scholars of Fiqh and Mujtahidoon (plural of Mujtahid). Hence, to be a Mujtahidah was not a minor matter, but Faatimah bint Yahya

Such was her knowledge, that her father — who was also a great jurist with several students — would be questioned by Faatimah

— said about her: ‘She was most famous for her knowledge. She had debates with her father on several juristic issues. Her father, the Imaam, confirmed that Faatimah

applied Ijtihaad in deriving rulings. This indicates that she was prominent in knowledge, because the Imaam would not say something like that except for one who deserved it.’

(d.879). Al-Mutahhar was very lucky since whenever he would be confused on a matter, he would refer to his wife for judgment on difficult juristic issues. Even in the midst of his students, when he

would get stuck on a complicated issue, he would get up and head for the curtain, behind which the great Mujtahidah would be sitting, and he would ask her.

When he would come back with the answer, his students would say, ‘This is not from you. This is from behind the curtain.’