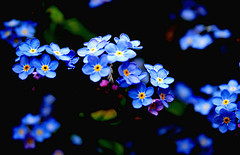 Muslim women excelled, not only in Fiqh, Hadeeth and Tafseer but also in other Islamic sciences. One such example is Maryam bint Jahsh

who lived in the 4th Century; she was an expert in the language in which Allah chose to reveal the Quran (i.e. Arabic).

. Not only was it due to her knowledge of the Arabic language, but also to the acuteness of her mind, that Maryam bint Jahsh

was able to subtly resolve a difficult point for her husband.

Her husband had been engaged in debate with some adherents of a sect called Murji’ah. Their heresy was such that they believed that as long as one had faith in their heart, regardless of what they commit with the limbs, faith by itself will secure their salvation. Her husband, ‘Ali

quoted the end of verse 40 of Chapter Al-A‘araaf: ‘‘…. Indeed those who belie our signs (aayaat) and disdain them — for them the gates of the heaven will not be opened, nor will they enter the Garden, until the camel passes through the eye of the needle.’’ [Quran 7:40]

The Murji’i who was debating said: “This is easy for Allah, with His Power, if He Wills, He passes the camel through the eye of the needle.’ When ‘Ali

returned home his mind was still preoccupied and he could not sleep during the night. His wife, Maryam

asked him what was wrong. After he

explained to her what the matter was, she said one sentence that gave ‘Ali

said, ‘In the verse of the Quran the camel is the subject [of the verb], not the object.’