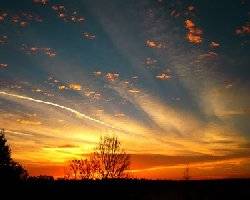 Islam advocates educating women and enlightening them about the teachings of religion, as this greatly influences the life of women as well as that of their children in the future. As Hafiz Ibrahim, the Poet of the Nile, said, "The mother is a school; if she is well-prepared, a noble nation is prepared."

used to urge women to teach each other. For example, he said to Ash-Shifaa’ bint ‘Abdullaah Al-‘Adawiyyah, may Allah be pleased with her, "Teach Hafsah the Ruqyah (protective and healing supplications) for Namlah (Namlah literary means ant. It is a skin disease where pustules appear on the side of the body and they are swallowed like ants), just as you taught her writing." [Ahmad and Al-Haakim]

transmitted on the authority of Qataadah

who was a Taabi‘i (successor of the Companions), that whenever Anas ibn Maalik, may Allah be pleased with him, completed the recitation of the whole Quran, he used to gather his family and supplicate Allah, The Almighty. [Ibn Abu Daawood]

On the whole, scholars were keen on teaching women. History has recorded the biographies of women who were knowledgeable in religion and were taught by their fathers, brothers and husbands. Such men present shining examples in caring for and educating both men and women without discrimination. Life [daily obligations and duties] did not divert them from their duty towards their families until their sons and daughters grew into excellent role models in knowledge and piety.

Here, we mention the biographies of some women who learned from their fathers and husbands. The purpose of this series is to highlight the woman's position in Islam. Women scholars were appreciated by Muslim biographers, and therefore, they included them in their classifications of great figures and biographies. It is hoped that this series will urge women students to exert their best efforts in learning religion and mastering what is beneficial for them in their scientific and practical life.

These women scholars specialized in different branches of knowledge at different ages, and their names have been arranged alphabetically. The names of women Companions, may Allah be pleased with them, have not been included because they are numerous and well-known. Rather, we will mention women from among the Taabi‘is (the generation that followed that of the Companions) and their successors:

Her father was Maghrib’s (North-West Africa) famous scholar and judge. She was her father’s only daughter and he used to teach her the Quran, Hadeeth (narration) and Fiqh (Islamic jurisprudence). She used to attend her father's assemblies of knowledge and contribute to debates. When her father was appointed as the army's commander in order to conquer Sicily, he attained a great victory and besieged the city of Sousse, but was killed there in 213 AH. Asmaa’ married one of her father’s students whose name was Muhammad ibn Abu Al-Jawaad and who was the head of the Hanafi scholars in Maghrib. Asmaa’

The sister of Al-Muzani

who died in 264 AH. His sister used to attend the Fiqh lectures of Ash-Shaafi‘i

. Some of the Shaafi‘i scholars used to transmit her Fiqh opinions and her decisions regarding what she believed to be the most preponderant opinions. To know more about her biography, review Tabaqaat Ash-Shaafi‘iyyah by Al-Asnawi (Volume 1 / page 443)

She is the sister of the noble Taabi‘i, Muhammad ibn Seereen

. She was trustworthy and knowledgeable in Fiqh as well as in other branches of knowledge. She was a sincere worshipper and one of the most prominent Taabi’i women. She completed the memorization of the Quran at the age of twelve and lived for seventy years. Her brother, Muhammad, used to ask her about what he did not have knowledge about in the Quran. Mahdi ibn Maymoon mentioned that she remained in her place of worship for thirty years and did not leave it except for a siesta and answering the call of nature. She died after 100 AH. Her traditions are mentioned in different books of Hadeeth. To know more about her biography, review Tahtheeb Al-Kamaal by Al-Mizzi (Volume 35 / page 151) and Siyar ‘Alaam An-Nubalaa ’ by Ath-Thahabi (Volume 4 / page 507).